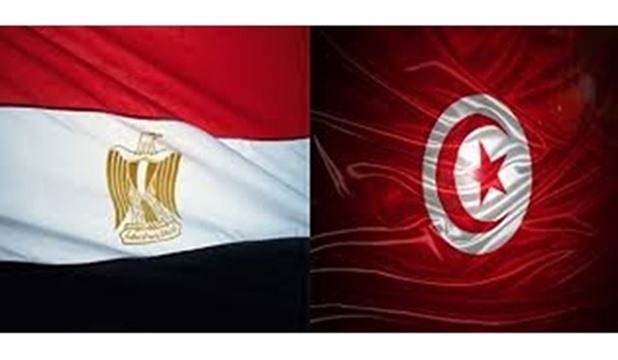 The trade and economic relations between the two countries have witnessed continuous interaction and growth, as the volume of trade exchange reached 140 million dollars during the period from January to July 2015. Egyptian exports recorded 101 million dollars, while Tunisian imports reached 39 million dollars.

By the end of 2014, the Tunisian investments in Egypt reached about 35 million dollars in the fields of petroleum services, tourism, food industries, land reclamation, transport, cars spare parts and light industries, while the Egyptian investments in Tunisia reached 2.2 million dollars represented in a factory of tobacco and other in furniture and electrical appliances sector. Tunisia is ranked  the 54th among  the countries investing in Egypt.

A number of agreements have been signed including:

• The Agadir Agreement for the Establishment of a Free Trade Zone between the Arabic Mediterranean Nations being signed in Rabat, Morocco on 25 February 2004 aiming at establishing a free trade area between Jordan, Tunisia, Egypt and Morocco and this was seen as a possible first step in the establishment of the Euro-Mediterranean free trade area as envisaged in the Barcelona Process.

On 8/9/2015, Prime Minister and his Tunisian counterpart witnessed the signing of 16 agreements at the close of meetings of a joint higher committee. The two sides inked memorandums of understanding to cooperate in the fields of water resources and irrigation, stock exchange and consumer protection, as well as MoU on cooperation between the Social Fund for Development (SFD) and the Tunisian Solidarity Bank. They also signed executive programs for cooperation in the fields of environment preservation, tourism, youth, sports, childhood, education, media and traditional industries.

On 12/11/2017, Prime Minister and Tunisian Prime Minister attended the signing of a number of agreements and memorandum of understandings between both countries. The agreements and memorandum of understandings were signed at the conclusion of the 16th session of the joint Egyptian-Tunisian higher committee and they focus on cooperation between the two countries in various fields, especially the finance field.

The memorandum of understandings and agreements also focus on cooperation between the two States in establishing projects in the land and maritime transportation, as well as meteorology, renewable energy, health, sports and trade fields.