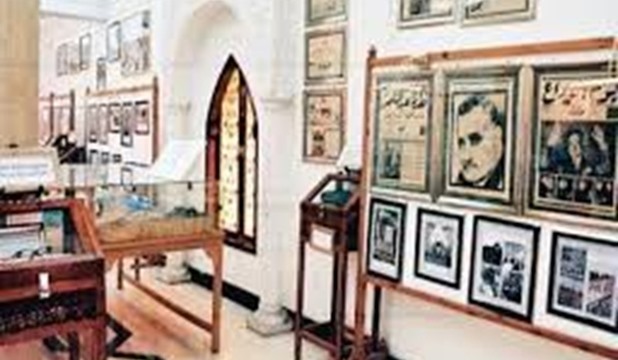 The Pharaonic Village at the Nile banks set up a special museum for late President Gamal Abdul-Nasser. It exhibits data about Nasser's personal life from his birth in Bakos district in Alexandria up to his death, in addition to the private properties and some rare photos that record his life and his national and international stances. Nasser's family provided the museum with a great number of the Egyptian leader's personal properties, as many tourists rush to visit the museum, Arabs in particular.

The museum also comprises:
His private civilian and military suits, neck ties, cameras, medical and sun glasses. His transistor radio, binoculars, pilgrimage robes and a number of belts and shoes are also exhibited there.
The museum includes more than 170 rare pictures for the former president along his different stages of life such as: 80 rare pictures of Nasser's childhood till the 23rd July revolution occurred. Another 40 photos relate to the period of his reign and his meetings with the world leaders and others.
All important events were included about "Nationalization of the Suez Canal, building of the High Dam, the Trio-Aggression …etc. A pavilion was allocated to display them in the form of huge slides.
The museum displays Egypt's flag traveled to the space in the Apollo-US spaceship upon its tip you can see the small stones from the moon soil presented to Abdul-Nasser from the US former President Richard Nixon.
Messages of Abdul-Nasser ten years before the July Revolution to his Hassan el-Nachar in 1941 and other messages on February 16, 1942 are all displayed in the museum. A number of the video cassettes are also found to show in details the imperative political stances occurred in the president's life as well as show a rare film for his popular funeral.
Speeches by President Abdul-Nasser are included like the Nationalisation of the Suez Canal on July 26, 1956, the retirement speech on June 9, 1967 at 7.00 pm (audio, video) to reminisce the visitors of the old era and its victories.
The display gives a list of Abdul-Nasser's enemies as John Foster of America, Anthony Eden of Britain, Guy Mollet of France and Bin Gorion of Israel.
On the other hand, Nasser's close friends such as Ahmed Bin Bella of Algeria, Al-Gadaffi of Libya, Joseph Tito of Yugoslavia, Nihro of India, Lai of China, and Kennedy of the US are also available.
The museum puts for all the medical report of Nasser's premature death with the signature of Doctors: Refaie M. Kamel-Mansour Fayez- Zaki el-Ramli- el-Sawi Habib and Taha Abdul-Aziz. And, reasons of early death of Abdul Nasser detailed in the book of Dr. Mansour Fayez "My way with Abdul Nasser".