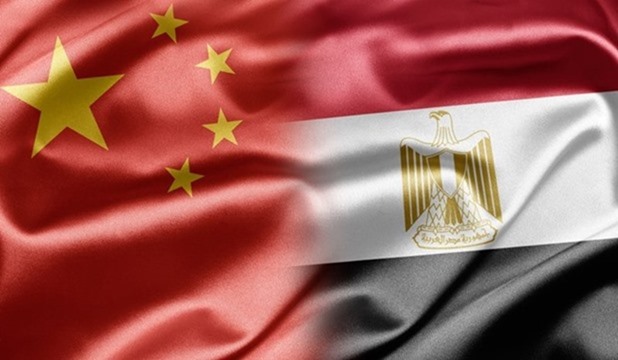 The Forum will be attended by about 37 heads of State and prime ministers, in addition to the UN secretary general and the chairwoman of the International Monetary Fund (IMF).

During his stay, Sisi is also scheduled to hold on Thursday evening talks with his Chinese counterpart Xi Jinping and Prime Minister Li Keqiang on means of bolstering strategic relations between the two countries.

President Sisi will also meet with a group of Chinese businessmen on means of enhancing relations between the two countries in the economic, commercial and investment fields.

The President will also hold talks with a number of heads of state and government on the sidelines of the BRFIC.

Egypt is China’s fourth biggest commercial partner in Africa with the volume of trade exchange between the countries hitting $11 billion in 2017.

A total of 1,079 Chinese companies are doing business in Egypt in the fields of IT, finance and development of economic zones.

President Abdel Fattah El Sisi received Prime Minister of the UAE Sheikh Mohamed Bin Rashed Al Maktoum at his residence in Beijing, where he will attend the Belt and Road Forum for International Cooperation (BRFIC). More

President Abdel Fattah El Sisi held a round table meeting with a galaxy of Chinese businessmen and investors on the sidelines of the second Belt and Road Initiative for International Cooperation, which kicked off earlier on Friday in the Chinese capital. More

The president in his speech at the forum

President Abdel Fattah El Sisi expounded Egypt’s ambitious economic reform program which is based on carrying out a package of financial and monetary measures that aim at redressing structural imbalances, fixing the public budget and providing a favorable atmosphere capable of attracting foreign investments, noting that the steps taken by Egypt so far have started to pay off and this has been reflected in the rise of the macroeconomic indicators of the national economy.More

President Abdel Fattah El Sisi on Friday's evening attended a dinner banquet hosted by Chinese President Xi Jinping at the Great Hall of the People in the Chinese capital, Beijing.More 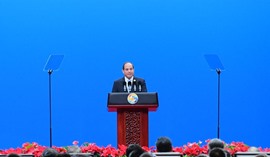 Sisi : My 6th visit to China reflects depth of relations