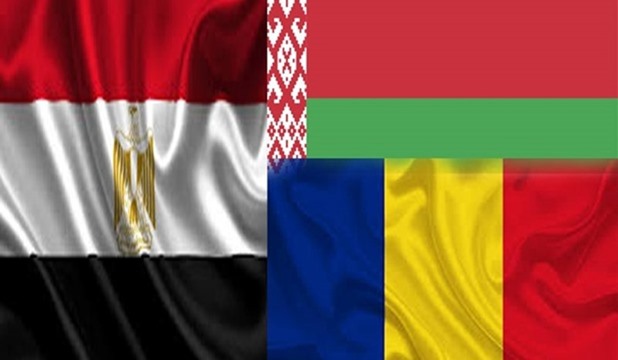 Sisi will have talks with Belarus President Aleksandr Lukashenko on means of boosting bilateral ties.

He will also meet the speakers of the Belarus House of Representatives and the National Assembly.

The two sides will exchange views on a host of political issues at regional and international levels, topped by fighting terrorism and extremist ideology.

The president is scheduled to sign a number of cooperation agreements in the various domains.

Sisi will also have talks with representatives of the business community in Belarus, heads of major companies, as well as senior officials and representatives of governmental bodies on means of boosting economic cooperation and vast investment opportunities in Egypt in light of major national projects in the country.

After Belarus, the president will head to Romania, where he will have a session of talks with Romanian President Klaus Iohannis, the spokesman said.

The president will also hold talks with the heads of Romania's House of Representatives and the Senate on strengthening political and economic cooperation, he added.

The two sides will also review promoting cooperation and coordination between Cairo and Bucharest at the regional and international levels.

El-Sisi is set to give a lecture at Bucharest University of Economic Studies on relations between Cairo and Bucharest, as well as efforts exerted to develop the higher education system and scientific research in Egypt.

President Abdel Fattah El Sisi arrived in Minsk on a three-day visit as part of a tour that will take him to Romania.