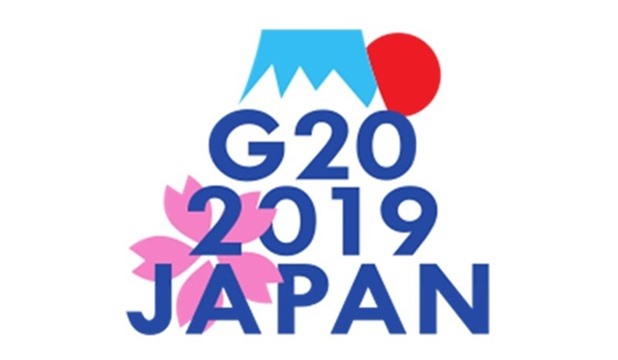 President Abdel Fattah El Sisi's participation in the meeting of the 20 major economies comes at an invitation from Japanese Prime Minister Shenzo Abe, whose country is the current President of the summit.

His participation also comes in view of the close and growing relations between Egypt and Japan along with Egypt's weight in the international and regional arenas.

President Abdel Fattah El Sisi is scheduled to focus on a set of issues of concern to the developing nations in general and Africa in particular in view of Egypt's presidency of the African Union.

The President will also highlight the importance of stepped up international efforts to ease the merging of the developing countries in the world economy.

President Sisi will underline the necessity for extending strong support to the developing countries in their bid to achieve the 2030 sustainable development goals including the transfer of technology, modernizing industry and boosting foreign investments along with the necessity of obliging the advanced countries to abide by the framework of Paris agreement on climate change and helping the developing nations and emerging economies to develop their new and renewable energy resources.

Sisi's itinerary during his visit to Japan include holding talks with Japanese prime minister Abe on bilateral relations that have witnessed notable growth over the past years to achieve the best interests of the two countries.

Sisi and Abe will also continue consultations and political coordination over a set of regional and international files of mutual interest.

Meanwhile, Sisi is set to hold talks with a number of Japanese businessmen and heads of major Japanese companies operating in Egypt to bolster cooperation in the trade, investment and economic fields.

The President is also scheduled to meet with a number of heads of state and government taking part in the G20 summit in order to beef up cooperation regarding regional and international issues of common interest.

President Abdel Fattah El Sisi left on a several days' visit to Japan to take part in the 2019 G20 summit, due to be held in Japan's Osaka City on 28–29 June.

Egyptian President Abdel Fattah El Sisi took part in an African-Chinese summit on the sidelines of the G-20 summit that will kick off on Friday June 28,2019.

The G-20 summit will discuss the world economy and digital economy along with sustainable development and infrastructure projects and issues related to climate, energy and environment.

The summit started with a working session on trade and investments in the world economy, said Presidential Spokesman Ambassador Bassam Rady.

The participants discussed challenges and their impact on efforts for achieving sustainable development in the world countries, added the spokesman.

The meeting was held on the sidelines of the G-20 summit, that kicked off here earlier on Friday, added the spokesman.

He added at an African-Chinese summit, that was held here ahead of the G-20 summit, that this cooperation should be achieved through holding partnerships and financing infrastructure projects in Africa, said Presidential Spokesman Ambassador Bassam Rady.

He also underscored the necessity of increasing inter-trade movement between the African countries and improving the African economic conditions, added the spokesman.

President Sisi added that Egypt is working to play a role supporting the achievement of these goals in light of its chairmanship of the African Union, the spokesman pointed out.

The president underlined the importance of the Suez Canal economic zone for enhancing the Chinese Belt and Road Initiative, added the spokesman.

Sisi participates in dinner banquet on sidelines of G-20 summit

President Abdel Fattah El Sisi participated on Friday 28/06/2019 with leaders of the G-20 member states in a dinner banquet that was held on the sidelines of the G-20 summit.

President Sisi affirmed the importance Egypt attaches to promoting relations with Italy on various levels along with enhancing coordination and cooperation in face of challenges in the Middle East.

Developing trilateral cooperation among Egypt, Italy and Africa, especially in light of Egypt's current chairmanship of the African Union, was highlighted by the president during his meeting with Italian Prime Minister Giuseppe Conte in Japan.

The meeting, which was held on the sidelines of the G20 summit that takes place here, took up a set of topics of mutual interest, particularly the underway investigations into the case of the murder of Italian student Giulio Regeni in Egypt, Presidential Spokesman Ambassador Bassam Rady said.

They discussed the latest regional developments, especially the Libyan crisis. President Sisi underscored the necessity of reaching a peaceful political settlement for the Libyan crisis to preserve its unity, the spokesman added.

The Italian premier, meanwhile, expressed appreciations of Egypt's regional role as a key pillar of security and stability in the Middle East.

He asserted his country's eagerness to boost cooperation with Egypt at various levels, in light of the country's economic development.

President Abdel Fattah El Sisi has lauded the significant development and great leap in bilateral relations between Egypt and Germany in all fields.

At a meeting with German Chancellor Angela Merkel held on Friday 28/06/2019 on the sidelines of G-20 summit in Japan, President Sisi voiced his keenness on further engaging with Germany to achieve priorities of development plans in Egypt.

President Sisi confirmed that Cairo is looking forward to maximizing bilateral cooperation and political coordination with Berlin in light of Egypt's chairmanship of the African Union and Germany's membership in the UN Security Council, Presidential Spokesman Ambassador Bassam Rady said.

Merkel asserted that Egypt is one of Germany's key partners in the Middle East region.

The two sides discussed means of promoting frameworks of trilateral cooperation between Egypt, Germany and Africa.

President Abdel Fattah El Sisi conferred on Saturday, June 29, 2019 with his Russian counterpart Vladimir Putin on the sidelines of the G20 summit in the Japanese city of Osaka.

During the meeting, Sisi said Egypt is looking forward to strengthening Egyptian-Russian relations at all levels, praising the key joint projects carried out in Egypt, including the Dabaa nuclear power plant and the underway Russian industrial zone at the Suez Canal Axis, said Presidential Spokesman Ambassador Bassam Rady.

Putin, meanwhile, affirmed the importance his country attaches to developing relations with Egypt during the coming period within the framework of strategic partnership and cooperation between the two countries, the spokesman added.

Prospects of three-way cooperation among Egypt, Russia and Africa, in light of Egypt's current presidency of the African Union, were reviewed by the two leaders, the spokesman added.

Egyptian President Abdel Fattah El Sisi on Saturday, June 29, 2019 participated in a session held on the empowerment of women and another on inequality as part of the G-20 summit in the Japanese city of Osaka.

Delivering a speech at the session held on inequality, President Sisi highlighted the major pivots through which Egypt is working to address the issues of inequality and the empowerment of women, presidential spokesman Bassam Rady said.

Many international parties participating in the summit have praised the great progress that Egypt made in the area of women's empowerment, citing the recent constitutional amendments which helped increase representation of women in the parliament to more 25%, the spokesman added.

Addressing the session, the president shed light on the role of Egyptian women in the development of society, noting that the State launched several programs to empower women in recognition of their role, Rady noted.

Meanwhile, the successful Egyptian experience was hailed during various meetings that President Sisi held with several leaders participating in the G-20 summit including the Japanese and Italian prime ministers as well as the German chancellor, Rady said.

Egypt has been turning from a severely disrupted country in 2011 to another one enjoying high economic performance and development rates exceeding 6% in addition to increasing foreign currency reserve, a fact that was underlined during the meetings, he added.

Sisi underscores importance of coordination with Riyadh regarding regional issues

At a meeting with Saudi Crown Prince Mohamed bin Salman on the sidelines of the G-20 summit, he confirmed that relations between the two countries are strong and that joint cooperation comes within the framework of strategic relations between Egypt and Saudi Arabia.

The Saudi CP expressed appreciation for the Egyptian people and leadership, added the spokesman.

Talks between the two sides took up the most important files at the regional level, said the spokesman, pointing out that the talks reflected mutual understanding regarding these issues with president Sisi confirming that the security of the Gulf region is one of the most important pillars of the Arab national security and is associated with the Egyptian national security.

At a meeting with UN chief Antonio Guterres on the sidelines of the G-20 summit, the president also underscored Egypt's support for UN efforts that are aimed at pushing up sustainable development, added the spokesman.

The UN chief expressed appreciation for cooperation between the UN and Egypt and underlined the Egyptian role in Africa and the Middle East.

He also expressed keenness on enhancing cooperation with Egypt for pushing forward the development process in its region and establishing peace and security, the spokesman pointed out.

The two sides discussed the recent developments in the region especially the situation in Libya, added the spokesman.

President Abdel Fattah El Sisi met Saturday, June 29, 2019, with Argentine President Mauricio Macri on the fringe of the G20 Summit in which they are both taking part, presidential spokesman Bassam Radi said.

The spokesman praised the strong historical bonds of cooperation between Egypt and Argentina and the ambitious Argentine economic reform program, noting that Egypt can benefit a lot from the Argentine success story and having a fruitful cooperation with it.

He pointed out that both presidents see eye to eye on the need to develop bilateral relations in all domains and reactivate the existing cooperation mechanisms, noting that Argentina is a member of the South American bloc Mercosur which is connected by Egypt with a free trade agreement.

The two presidents discussed during their talks giving a stronger impetus to the agreement and means to increase Egypt’s trade exchange with Mercosur which also groups Brazil, Paraguay and Uruguay, the spokesman said.

Sisi reviewed the economic reforms adopted by Egypt and its development efforts in addition to its mega national projects, including those in the Suez Canal Corridor along with the free trade agreements that it has with regional countries which could help in giving Argentine products a better access to African and Arab markets, Radi added.

He highlighted the concordance between the two countries’ views towards many political issues and the agreement between the two sides on continued coordination between their foreign ministries especially as regards such important issues as peacekeeping, UN Security Council reforms and fighting terrorism and within the framework of the South-South cooperation and the G77.

The spokesman noted that Egypt welcomes any visit by the Argentine president in the future, underscoring the strong relationship that the two countries enjoyed in the 1950s.