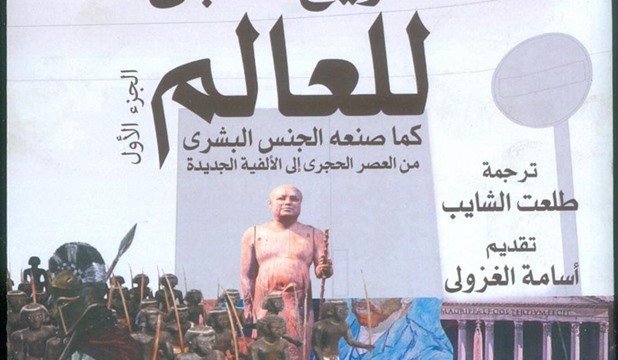 The National Center for Translation published recently the Arabic version of the first and second parts of the book titled "A Popular History For The World “ made by mankind from the stone age to the new millennium"-  written by Chris Harman ,translated by  of the late Talaat Shayeb and introduced by Osama Ghazouli.


It is worthy of note that Chris Harman is a journalist and political activist who has published a series of books including "How Marxism Works", "Gramsci Against Reformism" and "Crazy Economy: Capitalism And The Market Today."


For the other hand, The late great translator  Talaat al-Shayeb enriched the Arabic library with a collection of the most important books including "Clash of Civilizations “ by Samuel Huntington," Cultural
Cold War: The Role of the CIA in the World of Arts and Literature "," American Orientalism: The United States and the Middle East since 1945 ", novel “ Follow Your Heart “ by Susana Tamaru's "and " The Remains of the Day" by  Kazu Ishiguro's ".


The journalist and translator Osama al-Ghazouli, who wrote the book's introduction, translated  a number of books from Russian and English, including: "cultural bodies", "Crescent behind the clouds" and "dreams of globalization"in which he  mentioned in the introduction that the late Talaat Shayeb has translated a large part of this book
but he died before it was finished.