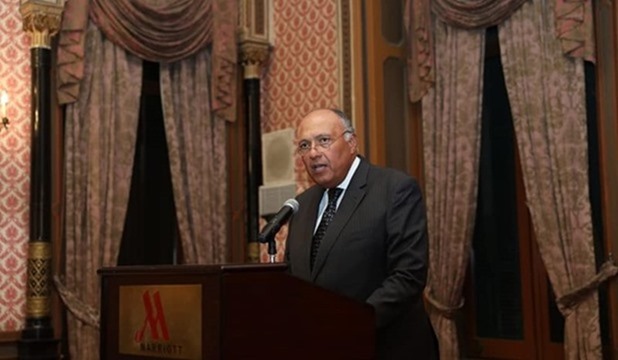 This came during the minister's speech at an event organized to launch a regional initiative for knowledge and innovation in the Arab world and Africa.

Chairman of the Regional Center for Information Technology and Software Engineering (RITSEC) Hisham El Sherif and former Finnish president Tarja Halonen, who also serves as the Chairman of the Board of Trustees at the University of Helsinki, attended the event along with the Minister of Planning Hala El Saeed and Minister of Education Tarek Shawki.

"Not only does the initiative testify to the scope of cooperation between the RITSEC and the University of Helsinki; it is also testament to the robust and constructive ties between Egypt and Finland," Shoukry said.

Egypt is interested in making use of Finland's successful experience in transforming to a digital knowledge-based economy, he added.

Shoukry hoped that the  initiative would be a success and bear its fruits at the national, Arab and African levels, the spokesman noted.