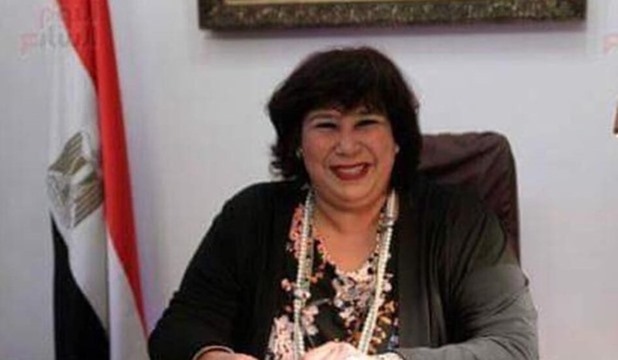 President Abdel Fattah El Sisi, current President of the African Union, delegated Minister of Culture Inas Abdel Dayem and Deputy Foreign Minister for African Affairs Ambassador Hamdy Sanad Loza to take part in the Pan-African Forum For Culture of Peace that will be held in the Angolan capital Luanda, the Culture Ministry announced on Tuesday 17/9/2019.

Abdel Dayem will be accompanied by Egyptian Ambassador to Angola Khaled Hassan and Director of the National Academy of Training Rasha Ragheb.

In a statement released on Tuesday, the Ministry of Culture said the forum, scheduled from September 18 till 22, convenes with the participation of eight heads of states and governments and a galaxy of international figures.

The forum, which is the first edition of the Luanda Peace Biennial of the Pan-African Peace Culture Forum, aims to involve African countries in a culture of peace, harmony and brotherhood among peoples through cultural and civic activities.

The event is a co-organization between the Angolan Government, through the Ministry of Culture, and the United Nations Educational, Scientific and Cultural Organization (UNESCO).