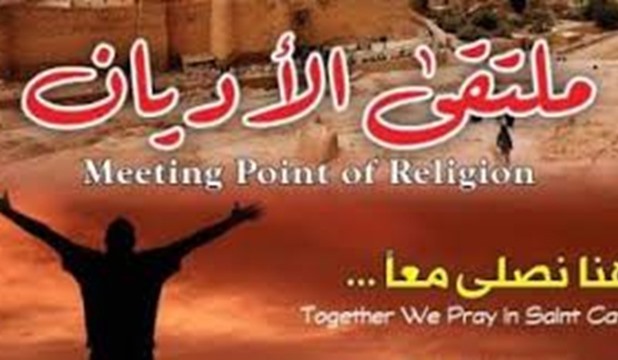 Ministry of Tourism was keen on participation in this important forum within the framework of its efforts to promote tourism in South Sinai governorate as part of its "Branding by Destination" program to reform the tourism sector. Also, the new aviation stimulus program offered certain advantages to South Sinai with the aim of increasing the number of its visitors.

Minister of Tourism Rania El-Mashat stressed importance of the ministry's participation in this key forum, which is organized under the auspices of President Abdel Fattah El Sisi, to send a message of safety to the world from Sinai. She said that the Egyptian area of Saint Catherine includes symbols of the three divine religions; Judaism, Christianity and Islam,  hailing Saint Catherine's Monastery as a symbol of tolerance and confluence of religions.

The Minister stressed that this forum is an evidence that St. Catherine is the convergence of heavenly religions, where the Saint Catherine's Monastery is close to the church which contains the remains of St. Catherine, a mosque dating backing to the Fatimid age and the tree where Allah spoke to His Prophet Moses. She pointed out that the slogan of the forum "Here We Pray Together", which aims at building bridges of communication among human beings, matches with the structural reform program for the development of the tourism sector "People to People" which calls on the world peoples to know the Egyptian people.

The Red Sea town is famous for its heritage sites including St. Catherine’s Monastery and Mount Sinai. The city is an important destination for followers of the world's three major religions: Judaism, Christianity and Islam.

St. Catherine is famous for its mountains with its high-altitude desert ecosystem providing a home for many domestic and rare species living in valleys, natural pools, springs, creeks and narrow canyons. Tourists can also visit uniquely beautiful Bedouin gardens in the valleys surrounding the mountains.

St. Catherine is a jewel, located between giant granite rocks of the South Sinai Peninsula at the edge of El-Tur Mountains and at the foot of Sinai's high mountain region. Mount Catherine is the highest mountain in Egypt, with breathtaking views across the mountains to the Red Sea. During the drive up to St. Catherine, one has the chance to witness magnificent mountain ranges changing colors and shape. The place is considered holy and contains rich historical and religious heritage. Known as Mount Horeb in the Old Testament, it is believed to be the place where Moses, after spending 40 days and 40 nights in the mountains, received the Ten Commandments from God. At the foot of the Mount Sinai sits the Monastery of Saint Catherine, a UNESCO World Heritage Site. The Monastery has been well preserved since its establishment in the sixth century, making it one of the oldest monastic settlements in the world.

Fouda said that the governorate, in cooperation with the Culture Ministry, renovated the house and transformed it into a museum containing Sadat's photos and his belongings.

During the opening ceremony, a documentary featuring Sadat's first visit to Saint Catherine was displayed.

For his part, Antiquities Minister Khaled Anani has hailed Saint Catherine's Monastery as a symbol of tolerance and confluence of religions.

Anani was speaking during his visit to the UNESCO-listed heritage site accompanying 32 ambassadors on the fringe of the "Here We Pray Together" forum.

The ambassadors listened to a detailed explanation about the monastery's history and its great role throughout history.
The minister pointed to the importance of the transfiguration mosaic, located at the monastery's main church (Katholikon). He also noted that renovation works are being carried out at the monastery's library, which includes about 6,000 manuscripts and more than 6,000 books.