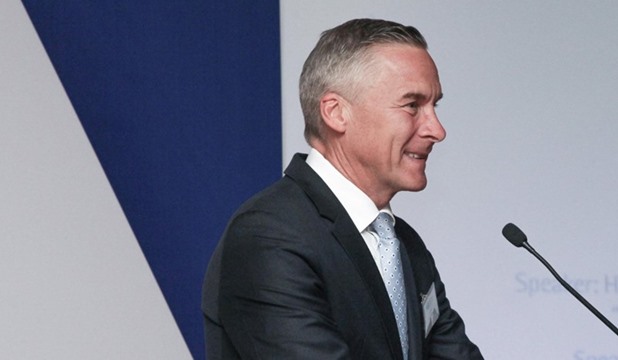 Chief Executive of the German-Arab Chamber of Commerce and Industry Jan Noether asserted that Egypt has made great steps over the past years, noting that the Egyptian economy has reached a stable stage and its economic growth has witnessed a remarkable and rapid progress.


In statements to MENA correspondent in Berlin, Noether said Germany has supported Egypt's growth through the German investments and took all the appropriate measures to direct the German companies to increase their businesses in Egypt, adding that Egypt's growth could be a backbone for all African continent states.


He also praised the development in Egyptian-German relations over the past years, noting that stability in Egypt is not only at the economic level but at the political level as well. He cited the German-Egyptian relations in the field of energy through Egypt's clinching partnership with Siemens Company, asserting that such partnership was the biggest of its kind in the company's history.


He also pointed out that Germany has presented several training programs to Egypt through the Federal Ministry of Economic Cooperation and Development, the German Development Agency and Siemens Academy for Vocational Training.


Such programs have already qualified 5,000 Egyptian youths, including engineers and technicians, in the various technical specializations over the past five years, he added.


As regards cooperation between Germany and Egypt in the field of railways, Noether said upgrading the Egyptian railway network is a priority for the Egyptian government. Noether added that German companies are interested in this issue and an agreement has been reached in this regard.

The agreement made during a visit by Egyptian Prime Minister Mostafa Madbouli to Berlin three months ago and a visit by Transport Minister Kamel el Wazir to Germany in the past week.