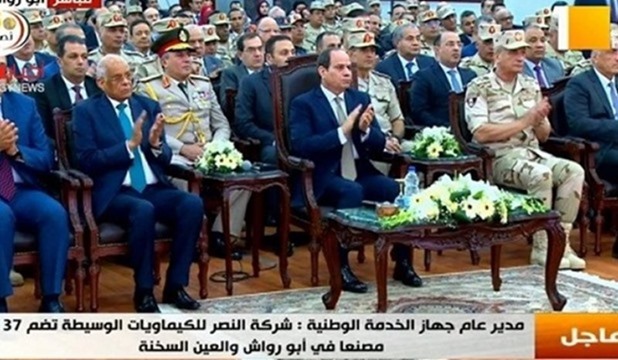 The celebration is attended by Prime Minister Dr Mostafa Madbouli, House of Representatives Speaker Dr Ali Abdel Aal, Al Azhar Grand Imam Dr Ahmed el Tayyeb, Mufti of Egypt Dr Shawki Allam in addition to Minister of Awqaf Dr Mohamed Mokhtar Gomaa and a number of other ministers and representatives of the Church.
Ambassadors of some Islamic and Arab countries in Cairo, Al Azhar and Awqaf leaderships and clerics are attending.

Minister of Awqaf Dr Mohamed Mokhtar Gomaa said that the Islamic nation is in dire need of a real revolution in religious thinking, referring to hardline and extremist thought and the wrong and twisted interpretation of religious texts by terrorist groups.

Addressing the Prophet's birth anniversary (Mawlid al-Nabi) celebration, the minister said such revolution is needed to bring the religious discourse back on track.

He cited the ministry's plan to create a knowledge mechanism based on the right understanding of texts through analysis and meditation.

Dr Gomaa stressed that only well-informed people should speak about public affairs, noting the ministry's serious training and culture programs that aim to build an enlightened generation of ulemas, five of whom will be honored by the president today.

Any religious measure should take into consideration the social, national and international aspects in order to avoid individual hasty fatwas (religious opinion) pertaining to public affairs that conflict with laws or international accords and do not go in line with the teachings of Islam, he said.

Awqaf Minister Mohamed Mokhtar Gomaa presented a copy of the Holy Quran as a gift to President Sisi on the Mawlid anniversary.

Grand Imam of Al Azhar Ahmed Tayyeb said Prophet Muhammad was a prophet of peace and humanitarian values, a matter which was highlighted by historians and Encyclopedia Britannica.
Addressing Mawlid al-Nabai ceremony attended by the president, Tayyeb said Islam is for all humanity and calls for equality among all people.
He said Al Azhar with its over 1,000 year march has always cherished and promulgated the teachings of Quran and of the Sunnah of Prophet Muhammad.
He said Al Azhar is working hard to develop religious discourse to spread the correct religious principles and culture in the face of terrorist and corrupt thought.
Tayyeb expressed confidence that the state will overcome the challenges besetting it in view of President Sisi's wisdom and devotion to the nation.
Tayyeb greeted Sisi, the Egyptian people and the Arab world on Prophet Muhammad's birthday anniversary.

During Mawlid al-Nabi ceremony, a documentary film was screened highlighting vicious intrigues plotted against Egypt and the role played by the Armed Forces to fight terrorism and realize security and stability.

President Sisi honored a number of people from inside and outside Egypt who positively affected the Islamic thought, especially in the field of preaching.
At the end of the ceremony, the national anthem was played and President Sisi shook hands with former interim president of Egypt Adli Mansour.