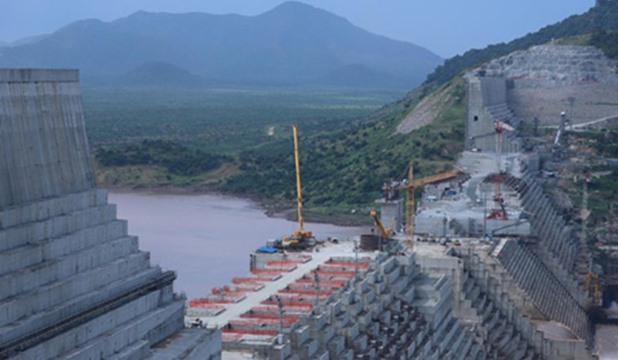 Foreign Minister Sameh Shoukry and Water Resources and Irrigation Minister Mohamed Abdel Aati stressed the importance of expressing goodwill during the engagement of the three countries; Egypt, Sudan and Ethiopia, in negotiations on the Grand Ethiopian Renaissance Dam (GERD).

The two ministers’ remarks came in a statement released on Tuesday night following a meeting on the Ethiopian dam negotiations in Washington at an invitation of US Treasury Secretary Steven Terner Mnuchin and World Bank Group President David Malpass.


The foreign and irrigation ministers of Egypt, Sudan and Ethiopia held a plenary meeting on necessary steps that should be taken to clinch an agreement on filling the dam ahead of January 15, 2020.


Following the meeting, the three countries, the United States and the World Bank issued a joint statement that outlined the path of negotiations and the points that must be addressed in order to reach an agreement on filling and operating the Grand Ethiopian Renaissance Dam (GERD) by January 15, 2020.


In the statement, the two Egyptian ministers stressed the importance of the engagement of the three countries; Egypt, Sudan and Ethiopia; in the GERD talks in a spirit of goodwill with the view of achieving common interests.


The statement also asserted the necessity of ensuring the full implementation of the Declaration of Principles on the Grand Ethiopian Renaissance Dam (GERD) that was signed on March 23, 2015.


The two Egyptian ministers also lauded efforts exerted by the United States through its treasury secretary and his team to facilitate the negotiations and bringing the three countries' views closer to reach a just and balanced agreement on filling the Ethiopian dam, according to the statement.