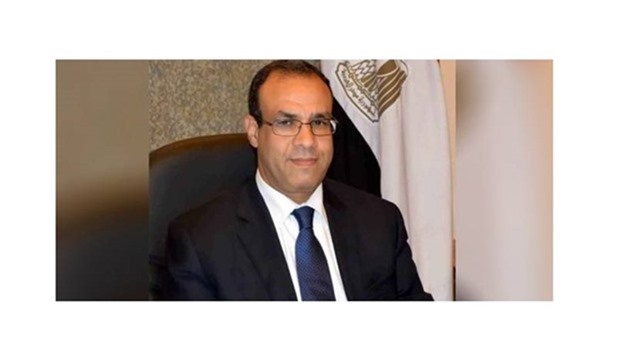 
The talks tackled means of promoting bilateral cooperation, especially at the economic and commercial levels.

The talks also tackled preparations for the summit in order to realize the aspired targets, particularly boosting investment cooperation between UK and Africa.

Abdel Aati underlined the importance of benefiting from the momentum given to the Egyptian-UK ties after the meetings held between President Abdel Fattah El Sisi and UK Premier Boris Johnson in August and September.

Abdel Aati highlighted Egypt's interest in furthering bilateral ties in various domains, referring to the fruitful cooperation between both sides in the fields of health, education, energy, infrastructure, vocational training and transportation.

Abdel Aati said both sides could cooperate in managing solid and organic waste as well as small and medium sized enterprises.

He added that there is a great opportunity for enhancing cooperation in the trade and investment scores.

He added that Egypt is the gateway for investment in Africa and exporting products for third markets where Egypt enjoys free trade exemptions.

Meanwhile, the two British officials hailed the positive development in Egyptian-British ties, especially in view of the progress realized by Egypt in the economic score and Egypt's pioneering role in the Middle East and Africa.

Hodgson and Parham said they are looking forward to enhancing strategic partnership between the two countries, especially in the trade and investment domains.

They noted that Britain is one of the biggest foreign investors in Egypt. (MENA)