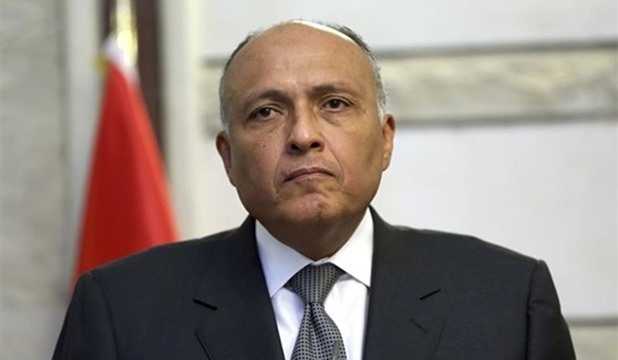 Foreign Minister Sameh Shoukry said Friday Egypt, Ethiopia and Sudan have reached understandings on rules for filling and operating the Renaissance Dam during their recent meeting in Washington.

In a televised interview, the minister added that the United States has paid great attention to these negotiations.

Shoukry said the talks held over the past two months in Khartoum, Addis Ababa and Cairo, in addition to the meetings held in Washington were positive in reaching a set of understandings between the three countries.

There is consensus on concepts related to the core issues of filling and operating the dam; allowing Ethiopia to benefit from its major project without harming rights of the downstream countries (Egypt and Sudan), he added.

The content of the latest statement issued by the US Treasury Department was negotiated and included six points that do not constitute an agreement but are merely an illustration of the main issues that will be included in the final agreement, the Egyptian top diplomat said.

As of Wednesday, a series of consultations will begin at the technical and legal levels to develop legal formulas of the agreement's, to be signed on January 28 or 29 in Washington, he added.

Shoukry stressed that the final agreement must translate concepts and points mentioned in the statement into specific numbers and timetables drawn up in legal formulas so that it can be signed and thus bind the three countries.

The minister expressed cautious optimism. "Following five-year talks, moving from a stage to another without reaching a specific point to conclude an agreement, we now have a clear path and a specific timetable for the end of negotiations. This is a source of optimism, but caution comes from the need for understandings and compromises on the audited details of all related issues that ultimately aim to achieve the interests of the three countries and preserve Egypt's rights."

US President Donald Trump is a sponsor of these negotiations and it is uncommon for a US president to meet with ministers twice to confirm the interest that his country attaches to reaching an agreement in terms of motivating countries to demonstrate the necessary flexibility and address the issue in terms of cooperation and a desire to achieve common interests, he added.

On Berlin conference, to be held Sunday on Libya, Shoukry said it represents an important episode in the international community’s efforts to find a solution aiming to restore stability to Libya and relieve the Libyan people of their suffering over the past years.

The meeting brings together the UNSC permanent members and regional actors, and if they agree on a path that leads to achieving stability and resolving the crisis, this would support the UN efforts, he added.

Egypt's endeavor has always been to address all issues in a comprehensive framework, both with regard to amending the political agreement, formation of the Presidential Council, roles of the House of Representatives and responsibility of the national army for eliminating terrorism, providing security and stability, protecting the sovereignty of the Libyan state and dismantling militias, the minister concluded.
MENA