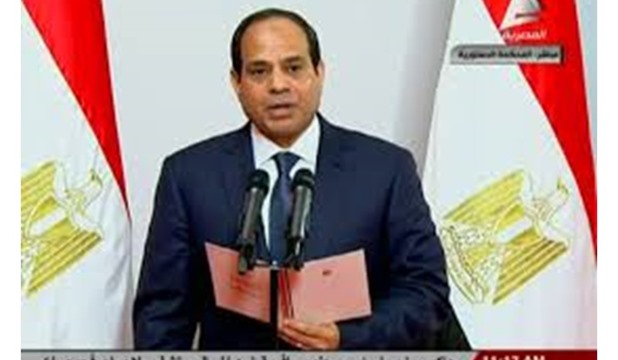 President-Elect Abdel Fattah El Sisi was sworn in as the president of Egypt at the headquarters of the Supreme Constitutional Court.

Then, the national anthem was played and Quranic verses were recited.