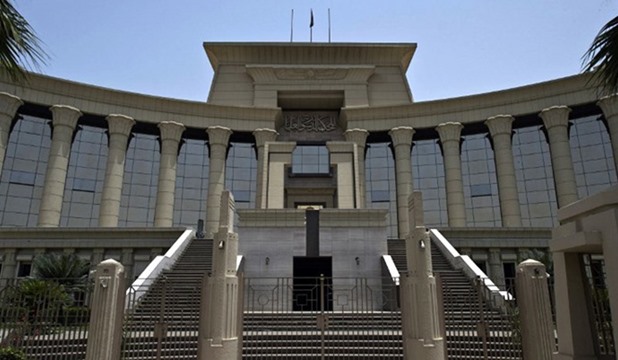 The Supreme Constitutional Court is an autonomous and independent judicial body having its headquarters in Cairo. However, in cases of emergency it may, upon the approval of its General Assembly, hold its sessions elsewhere in Egypt. It shall have an independent budget, which shall be fully examined by the House of Representatives. Upon its approval, this budget shall be included in the State budget under one budget line. The General Assembly of the court shall manage its affairs and it shall be consulted regarding bills relevant to its affairs.

The law shall determine the Court’s other competences and regulate the procedures that are to be followed before the Court.

The Court shall be composed of a President and a sufficient number of deputies to the President.

The Commissioners of the Supreme Constitutional Court shall have a President and a sufficient number of Commission presidents, advisors and assistant advisors.

The General Assembly of the Court shall elect its President from among the most senior three vice-presidents of the Court. It shall further choose the vice-presidents and the members of its Commissioners, and the appointment thereof shall be made by virtue of a decree by the President of the Republic. The foregoing shall be regulated by Law.

The President and the vice-presidents of the Supreme Constitutional Court, and the President and members of its Commissioners are independent and immune to dismissal, and are subject to no other authority but the law. The law shall set out the conditions they must meet. The Court shall be responsible for their disciplinary accountability, as stated by the law. All rights, duties and guarantees granted to other members of the judiciary shall apply to them.

The judgments and decisions issued by the Supreme Constitutional Court shall be published in the Official Gazette, and they shall be binding upon everyone and all of the State authorities. They shall have Res judicata vis-à-vis all of them.

The law shall regulate the consequences of a judgment rendering a text of law unconstitutional.