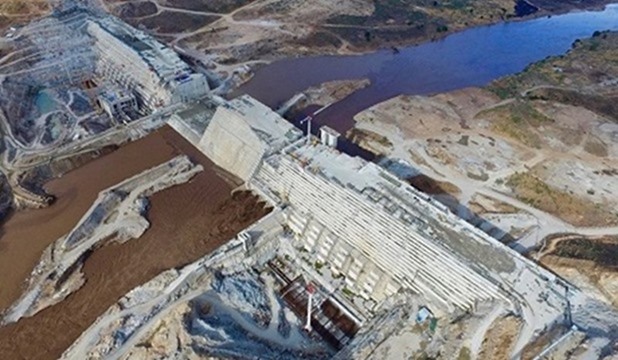 The Renaissance Dam crisis has entered its eighth consecutive year and imposed itself recently after Cairo had submitted a fair technical proposal that takes into account the interests of Ethiopia and its electricity needs from the dam, without seriously damaging the Egyptian water interests and its share of water estimated at 55.5 billion cubic meters according to the 1959 Nile Waters Agreement.

In light of the negotiation deadlock among the three countries over four years since  the start of direct negotiations regarding the agreement on Declaration of Principles in 2015 in Khartoum, which did not achieve any tangible results, an effective international role is needed to overcome the current stalemate in negotiations, bring the view of the three countries closer, and to reach a fair and balanced agreement based on respect for the principles of the international law governing the management and use of international rivers, which allows countries to benefit from their water resources without harming the interests and rights of other countries. Presidency Spokesman Bassam Rady recalled the speech delivered by President Abdel Fattah El Sisi during the UN General Assembly on Egypt’s openness to all international efforts to mediate in order to reach the aspired agreement.

Rady said that Egypt welcomed the statement issued by the White House regarding the ongoing negotiations on the Renaissance Dam. He added that the statement also confirmed that the US calls on Egypt, Sudan and Ethiopia to reach an agreement regarding the dam’s filling and operation in a way that achieves common interests of the three countries. The US also stressed the importance of reaching an agreement that confirms the right for enhancing economic development and prosperity, along with maintaining the right of other parties in the Nile water.

On the results of tripartite meeting among irrigation ministers of Egypt, Sudan and Ethiopia held in Cairo in early October 2019 to discuss the file of the Ethiopian Renaissance Dam, President Abdel Fattah El Sisi on social media said that it has not resulted in any positive development, adding that “The Egyptian state, with all its institutions, is committed to protecting Egypt’s water rights in the River Nile. Egypt will continue to take the necessary political measures within the framework of the International Law to protect these rights. The Eternal Nile will continue to strongly stream, connecting the South and the North with the bond of history and geography”.

In the framework of the Egyptian efforts to put the international community before its responsibilities, President Sisi had presented Egypt's view on the Renaissance Dam crisis to the international community during his speech before the 74th session of the UN General Assembly, stressing that "The Nile water is a matter of life and existence". He explained that Ethiopia is currently entering the phase of filling the dam unilaterally without the existence of agreements and regulatory framework for that stage with the participation of the three countries Egypt, Sudan and Ethiopia is a risk indicator, which means reducing the amount of water reaching Egypt, thirsting the Egyptian citizen, destroying the agricultural area, and affecting the production of electricity. All that will pose many dangers for Egypt as the Nile water for us is a national security “a matter of life or death”.

This came because of the seriousness of the crisis on the region as well as to intervene and resolve the crisis politically by negotiating peacefully to preserving Egypt's rights in its share of the Nile water, without any prejudice to the legitimate right of Ethiopia to development. This came because President El Sisi is keen on the strong relations between the countries of the continent.

The Egyptian vision for the procedures of filling the dam is based on clear principles, according to the "Declaration of Principles" signed by Egypt, Sudan and Ethiopia in March 2015. Article V of the Declaration specifies the necessity of cooperation in the procedures of filling the dam in order to ensure the development process without harming the interests of any party, implement the recommendations of the International Committee of Experts, and respect the final outputs of the Final Report of the Tripartite Committee of Experts on the recommended studies, in the Final Report of the International Committee of Experts during the various phases of the project.


It gives to the three countries the right to use the final outputs of the joint studies recommended in the report of the International Committee of Experts and agreed by the Tripartite Commission of Experts, with a view to agreeing on the guidelines and rules of first filling of the Renaissance Dam, which encompass all different scenarios, in parallel with the process of building the dam, and agreeing on the guidelines and the annual operating rules of the Renaissance Dam, which the owner of the dam may adjust from time to time.

The agreement affirms the need to notify the two downstream countries of any unforeseen or emergency circumstances that require a reset to the operation of the dam.

President Abdel Fattah El Sisi said during a discussion session of the 7th youth conference, which was held  in the New Administrative Capital on July 30 and 31, 2019, that Egypt estimates the crisis, pointing to the studies conducted to calculate the amount of water that will be withheld from Egypt with the start of the operation of the Renaissance Dam. President Sisi added that we must agree with our brothers in Ethiopia on the period of filling the dam reservoir, in a way that we can bear the damage, and we must estimate the amount of water that we can afford to lose, which we can agree on.

Egypt is keen to deepen the bonds of cooperation with the Nile Basin countries and understands that these countries, including Ethiopia, need to build projects on the Nile to serve their development plans, without harming the water interests of the two downstream countries, especially Egypt, which depends entirely on the Nile to meet its water needs. Egypt has always stressed the importance of the international community in playing a constructive role and in urging all parties to be flexible to reach a satisfactory agreement for all.