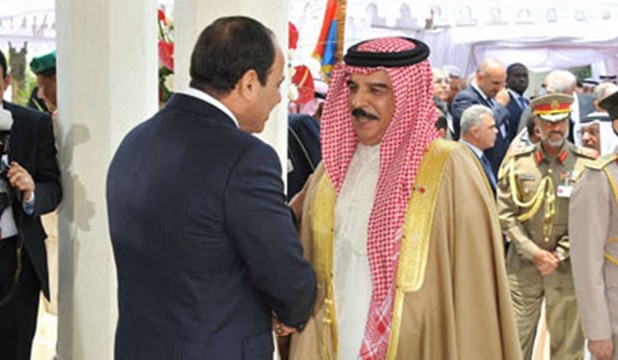 On 9/10/2016, President Abdel Fattah El Sisi issued a decree approving the treatment of Bahraini King Hamad bin Isa Al Khalifa as an Egyptian citizen in accordance with law 14 for 2012 concerning Sinai development. The decree is also related with  the possession of lands and villas in Naama Bay in Sharm el Shiekh city for the purpose of residence.

Minister of Trade and Industry Tarek Qabil confirmed that enhancing the trade and economic relations between Egypt and the Arab countries is currently on the top of the ministry’s agenda, praising the deep economic and trade relations with Bahrain, which is considered one of the most important markets receiving Egyptian exports.

The minister pointed out that the volume of trade reached $160.35mn in 2016, noting that food, cosmetics, furniture, cotton, ceramics, iron, machines and materials are the top list of Egypt’s exports to Bahrain. The top Bahraini exports to Egypt are oil, plastic products, Aluminum and its products, cleaning products and iron and steel.

Egypt and Bahrain seek to encourage the private sector to invest in tourism, so both countries signed an executive program of cooperation  in the field of tourism encouraging businessmen and investors to establish joint touristic projects in the new tourism development areas and participate in the infrastructure projects.

King of Bahrain agreed in December 2009 to allocate a plot of land to build a permanent Egyptian trade center in Bahrain. This was announced during his meeting with the FM.