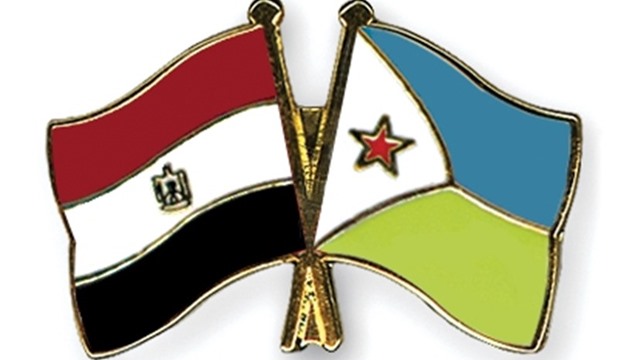 - On 11/5/2015, Foreign Minister Sameh Shoukry held talks with his Djiboutian counterpart Mahmoud Ali Youssouf on means of promoting bilateral relations in the different domains.
The talks took up cooperation means to establish a free trade zone and a logistic center in Djibouti to facilitate trade movement between the two countries and neighboring countries.
- On 5/4/2015, Commander -in -Chief of the Armed Forces Colonel General Sedqi Sobhy and Minister of Defense and Military Production and Lt General Mahmoud Hegazy, the Chief of Staff met with Chief of Staff of Djibouti Armed Forces Major General Zakaria Sheikh Ibrahim and his accompanying delegation.
The meeting dealt with developments at the regional and international arenas, particularly the situation in Yemen and aspects of cooperation between the two countries.

- Assistant Foreign Minister visited on March 2008 and held the Fourth Session of bilateral political consultations with the Djiboutian counterparts.

- Djiboutian Minister of Foreign Affairs, Mr. Mahmoud Ali Yusuf visited, on top of a high-level delegation, to attend the meetings of the Fourth Session of the Joint Ministerial Committee for Technical and Economic Cooperation, while the Egyptian side was headed by former Foreign Minister Ahmed Abul Gheit, and ten agreements and MOUs were then signed.