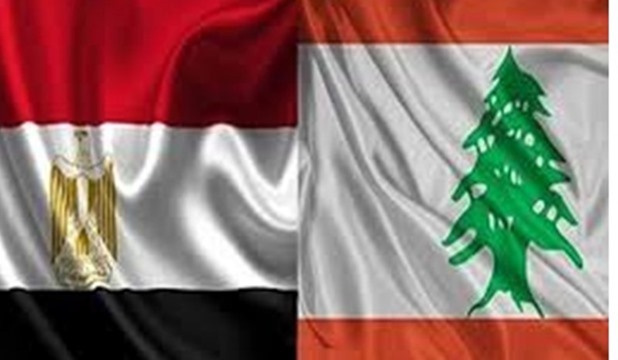 - On 13/2/2017, Michel Aoun, President of Lebanon, visited Egypt. He was received by President Abdel Fattah Al Sisi. The two sides discussed means of enhancing the bilateral relations between Egypt and Lebanon, especially on the economic and trade levels, and discussed regional and international issues of common concern.

- On 2/2/2017 Fatthallah Fawzi, Chairman of the Egyptian Lebanese Businessmen Association, visited Egypt and was received by Dr. Sahar Nasr, Minister of International Cooperation. The two sides discussed ways to enhance cooperation between the two countries and the current preparations for the eighth session of the High Joint Committee between Egypt and Lebanon headed by the prime ministers of the two countries.

- On 19/11/2016, Lebanese Foreign Minister and Minister of Foreign Affairs, Gebran Bassil visited Egypt. He was received by President Abdel Fattah Al-Sisi. The two sides discussed a number of issues to improve the Egyptian-Lebanese relations, as well as discussing bilateral issues of common interest.

- On 15/11/2016, Foreign Minister Sameh Shoukry visited Lebanon to congratulate and express the satisfaction of the Egyptian people and government for the developed situation in Lebanon ended with the election of President Michel Aoun. Shoukry conveyed to the Lebanese President a message of solidarity from President Abdel Fattah Al Sisi, which included his invitation to visit Egypt. The meeting dealt with the bilateral relations between the two countries at various levels.

- On 12/4/2016, Nabih Berri, Speaker of the Lebanese Parliament and Chairman of the Arab Parliamentary Union, visited Egypt. He was received by President Abdel Fattah Al Sisi. The President stressed Egypt's interest in reaching a political settlement in Syria as that will help the Syrian refugees to return to their country. The two sides agreed on the importance of dialogue and Arab solidarity at this critical stage in the Arab region.

On 17/6/2015, President Abdel Fattah Al-Sisi met with Lebanese Prime Minister Tammam Salam. The President expressed Egypt’s keenness on following up the latest developments in Lebanon, especially in the aftermath of the deteriorating security situation in Syria. Sisi also shed light on Egypt's endeavors to maintain the unity of the Lebanese territories and support the State institutions.

On 3/2/2015, President Abdel Fattah Al-Sisi met the Mufti of Lebanon Sheikh Abdel Latif Derian. Sisi stressed the important role played by men of the cloth in countering extremist thinking and promoting the tolerant values of Islam.

On 25/3/2014, former President Adly Mansour met with Lebanese President Michel Suleiman on the fringe of the Arab summit that kicked off in Kuwait. Mansour congratulated the Lebanese President on the formation of a Lebanese consensus government and listened to his views on the latest Lebanese developments, the government's policy statement before the parliament and the future presidential vote after the expiry of Suleiman's term in May.

On 22/3/2014, former Foreign Minister Nabil Fahmy met with Lebanese Prime Minister Tammam Salam in Beirut. They tackled bilateral relations and the latest developments in the Arab region especially Syria. Fahmy stressed the necessity of reaching a political solution that maintains the sovereignty of the Syrian State.

On 10/3/2014, former President Adly Mansour received Lebanese Foreign Minister Gobran Bassil. During the meeting, Mansour expressed his best wishes for the Lebanese government in the light of the extraordinary circumstances in Lebanon, expressing hope that the Lebanese parties would overcome the reasons hindering reconciliation on the government policy in order to gain the confidence of the parliament. Mansour stressed that Egypt is not only defending itself, but the entire region as well.

On 18/6/ 2010, Former Prime Minister Ahmad Nazif visited Lebanon to hand over a message from Former President Mubarak to Lebanese President Michel Suleiman. The message dealt with the Arab situation and Egypt's efforts to achieve Palestinian reconciliation and end the Gaza blockade.

On 12/6/2010, Former Foreign Minister Ahmad Abul-Gheit received Leader of the Lebanese Forces Party Samir Ja'ja for talks on the latest developments in Lebanon.

On 28/10/ 2008, the Higher Egyptian-Lebanese Committee met in Cairo after a 7-year interruption on account of Israel's military attacks.