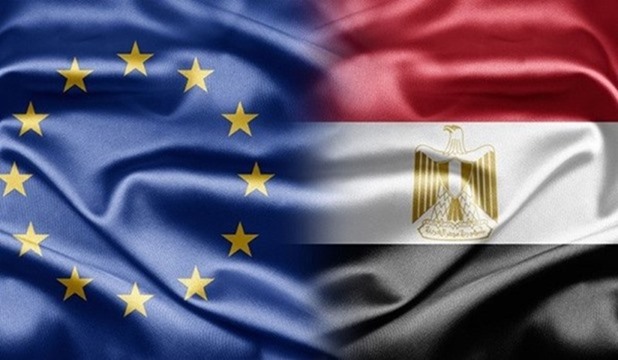 The European Union (EU) is Egypt's largest trade partner, where the trade volume between Egypt and EU represents about 30% of the total commodity trade of Egypt with the world. Egypt is also coordinating with the EU on a number of regional and international issues, including migration, refugees and anti-terrorism as well as the situations in Syria, Iraq, Libya and Yemen.

This comes within the framework of Egypt's efforts to consolidate international efforts towards these important issues, in its active role to maintaining international peace and security and its membership in the Security Council during the period 2016-2017.

In light of the interrelationship of interests and rapprochement of Egyptian and European visions on many regional and international issues, Egypt seeks through its bilateral relations with the EU to achieve an effective partnership based on equality, mutual understanding and respect of national sovereignty to achieve mutual benefit and face common challenges and threats.

Relations between Egypt and EU

On November14, 2016, President Abdel Fattah El Sisi received European Union commissioner for Migration, Citizenship and Home Affairs Dimitris Avramopoulos. The two sides discussed strengthening the international efforts to reach political settlements of the existing crises in the countries of the region, contributing to reducing the flow of refugees and migrants to Europe.

Egypt has become an important trade partner to EU after the signing of Egypt-EU Association Agreement in June 2001 and its entry into effect in June 2004 to enhance bilateral cooperation on the political, economic and social levels.

This agreement is part and parcel of the European Neighborhood Policy (ENP) aimed at strengthening the EU's relations with Southern Neighboring States (as well as Eastern Neighborhood States).

In this regard, Egypt actively participated in the comprehensive ENP review process in 2015 by presenting its vision and coordination with the Southern Neighboring States of the eastern and western Arab countries, which contributed significantly to the reformulation of the new European Neighborhood Policy by emphasizing on the importance of activating the principle of joint ownership on the bases of equality and taking into consideration the specificities of the neighboring countries (especially the Southern Neighboring States).

In recent years, the bilateral relations between Egypt and EU have witnessed great progress, where the sub-committees of the Egypt-EU Association Agreement have been resumed to discuss the priorities of cooperation in the coming period.This was followed by holding the Participation Council at the ministerial level during 2016.

As for financial and technical cooperation, a memorandum of cooperation entitled "Unified Support Framework" was signed during Egypt Economic Development Conference in the City of Sharm El-Sheikh on March 14, 2015, which is a national indicative program that defines the disbursement of financial funds to Egypt until the end of 2016 and includes several projects in energy, infrastructure and economic and community development fields.

Through its diplomatic efforts, Egypt has succeeded to become a country of operations at the European Bank for Reconstruction and Development (EBRD) in coordination with EU institutions and its member states, thus enabling Egypt to benefit from the financial and technical support provided by the EBRD.