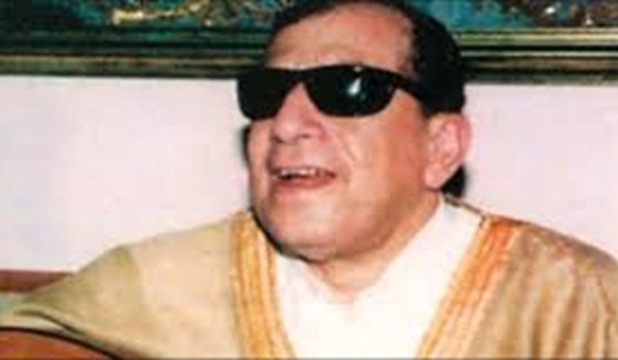 Mekawi was born in Cairo Sayeda Zeinab district of Al-Nasriya on May 8, 1927.

Throughout his life, he remained undaunted by modern innovations and the attempts of rivals to produce another type of music.

When his father died, Mekawi cried for days. Later, the pain eased, but the tears kept flowing. Doctors were powerless either to diagnose his condition or to stop the tears. One day, however, he could no longer see. This affliction did not prevent him from learning the Qur'an or becoming an Azharite scholar.

Having been trained in the art of reciting the Qur'an, Mekawi's voice could soar, gruff but powerful, to thrill his listeners. He sang solo using his lute at numerous concerts, though this is not what brought him fame, or confirmed his status as one of the most gifted and popular composers of oriental music.

What brought him fame, however, was the unforgettable character of al-Missaharati, the man who announces the pre-dawn meal during the month of Ramadan, that he and Fuad Haddad created in 1951. A popular figure during the holy month, the Missaharati was given new life by Haddad's words and Mekawi's music. Composed to the beat of the traditional "Tabla" (Drum), it stirs up feelings of patriotism, nationalism and pride in Arab Muslim culture. The Missaharati represented an entire generation, expressing its suffering, frustrations and dreams. When al-Missaharati was aired for the first time on the radio, it instantly became a symbol of national aspirations. Forty years later, it continues to help the faithful keep vigil, exhorting Muslims to rise for their pre-dawn meal.

Touching his audience to the quick, Mekawi in fact, touched on all the important economic, social, intellectual and political issues directly concerning the less privileged classes. Critical of any national shortcoming, he was prompt to deride bureaucracy in his song al-lstemara Rakba al-Humara ("The Questionnaire on a Donkey"). But Sanuhareb ("We Shall Fight"), which came out in 1956, and al-Ard Bitetkalem Arabi ("The land Speaks Arabic"), composed after 1973, were also true expressions of pride in his country.

More than anything, however, Mekawi will be remembered for his contribution to Egyptian folklore music and especially the operetta al-Leila al-Kebira ("The Big Night"), for which he wrote the music to the words of poet Salah Jahin. First conceived for the radio, describing the last and most important night of the "Moulid", a saint's festival, it was later adapted for the puppet theatre and aired on television, becoming an instant and lasting success with children and grown-ups alike.

Mekawi died on the 11th anniversary of Jahin's death. Of Jahin, he used to say, "We get along like "Assal" with "Tehina", (molasses and sesame paste which always go together).

His works include 100 musical compositions for religious songs; 30 compositions celebrating the Prophet's birthday or Moulid al-Nabi; al-Missaharati; Umm Kalthoum's Ya Messaharni; the operetta al-Leila al-Kebira; music for several TV series. He wrote music for almost all popular singers, except Abdel-Halim Hafez. He also acted in one film directed by AliBadrakhan, "Al-Arous Al-Saghira" (The Little Bride), and composed the music to "Harun Al-Rashid", a TV series with Mahmoud Al-Saadani and Salah Jahin. Among his most popular songs are "Nashid al-Muqawma Al-Sha'biya" (The Popular Resistance Anthem), "Gana Al-Fagr" (Dawn is upon us), and "Ummal Hafr al-Qanal" (The workers who dug the Canal).