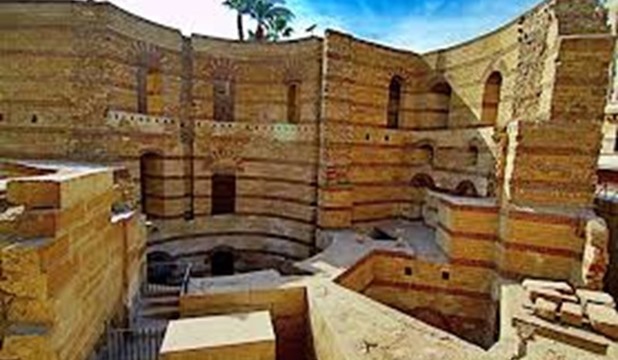 The fort was first built by the Persians in about the sixth century B.C., but at that time it was on the cliffs near the river.

When the Romans took possession of Egypt, they used the old fort for a while, recognizing its strategic importance on the Nile, but because the problems of water delivery, the Roman Emperor Trajan relocated the fort to its present location, which at that time was nearer to the River. Since then, the Nile's course has moved some 400 yards to the north. 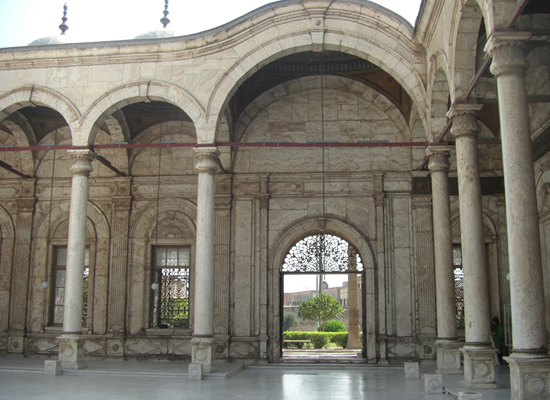 The fort's name has been a matter of controversy. The most dominant view seems to be that the name is derived from a corruption of the ancient Egyptian per-hapi-n-On, which means the House of the Nile of On, which was what the earlier Egyptians called Roda Island.

But it is believed that there was an earlier settlement on this site, and Diodorus tells us that this settlement was populated by prisoners whom Sesostris bought from the Mesopotamian city of Babylon, who named it after their own city.

By the time of the Arab conquest of 640, the fort was expansive, with forty foot high outer walls and a moat. It had a very successful port, two nilometers and a canal which linked it with the Red Sea.

It was also a Christian stronghold. Babylon really had two things going for it. First, it was at an ideal location to control traffic and trade along the Nile, and from the Red Sea canal. But it was also a refuge of Coptic Christians, who were persecuted by the Roman Christians in Alexandria.

Fort Babylon was never actually the seat of government of Egypt. Until the Arabic conquest, Alexandria had that honor, but certainly the modern capital of Egypt, Cairo grew up around it, and for some years after, Europeans referred to Cairo as Babylon.