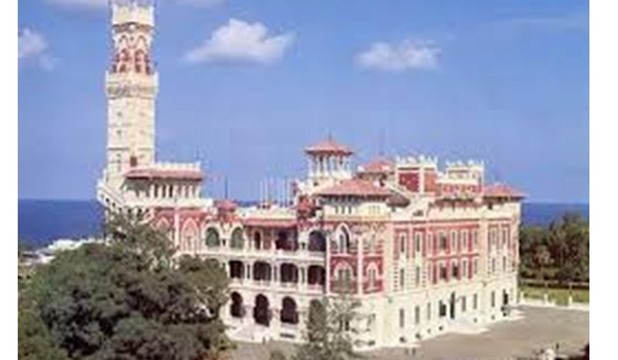 The Montaza Complex is located at the Eastern edge of the city of Alexandria on the north coast of Egypt.

The complex, which size ranges around 360 acre, overseas a gulf that was called Al Montaza Gulf. 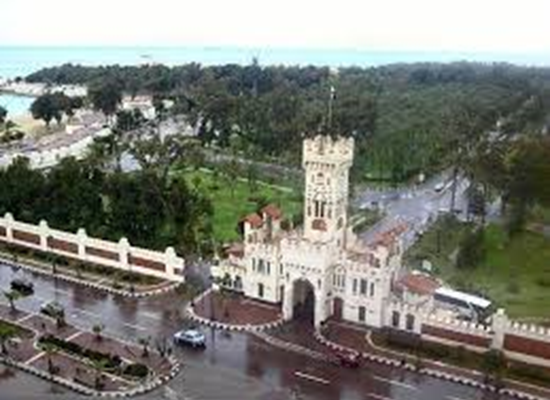 All sorts of sea activity can be done in Montaza. One can ride a sea boat and take a ride around the complex or you can go waterskiing as well, diving, snorkeling, or even just chill out in front of the sea.

In the year 1892, Abbas Helmy II, the last Khedive of Egypt and Sudan, used to like riding horses and donkeys on the shores and in the neighborhoods of Alexandria with some of his friends like Ahmed Shafiq Pasha.

They used to start their rides from Sidi Bisher, a neighborhood in the west of the city of Alexandria today and then they move to different places of the jewel of the Mediterranean.

In one summer night, Helmy ordered his men to prepare 80 donkeys for his ride in Alexandria. This is besides the Khedive Music band that consisted of 48 music players and their instruments. When they reached Sidi Bisher, a group of Bedouins heard the music and when they knew that the Khedive is among the ride they came and greeted him and followed him around.

The Khedive Helmy II loved an area near Sidi Bisher because of the scenes of the sea there and because of the quiet and fascinating atmosphere of this location. He even went again to view this area more clearly and he went to a specific spot that is located between two eminences and has a small island to its North, and from this moment Helmy decided to have this spot as his summer residence and decided to build a palace and some gardens there.

On the top of one of these eminences, there were old canons that go back to the reign of Mohamed Ali who put them there to protect the North Coast of Egypt and the city of Alexandria. These canons are still at the same spot till today and Helmy built the Salamlek Palace in front of it.

The other eminence's top contained a center for coast guards and the Khedive bought it from the government and built the Haramlek Palace there.

Helmy II also bought the house of Sinadino, a rich Alexandrian tradesman and added the land to his complex and he bought a lot of lands from people living in the area to expand the space of his summer resort.

The Khedive followed the construction of the two palaces himself and he named the whole complex, the Montazah, or the garden, it is a name that was suggested to him by Mahmoud Shokry Pasha, the head of the Turkish Divan in Egypt.

After the death of Abbas Helmy II, the royal family continued taking care of the Montazah complex until the reign of the last king of Egypt, Farouk I. then, the Egyptian revolution of 1952 took place and the Palace was owned by the government which opened the gardens for public and the Salamlek Palace was transformed into a museum until it was added to the presidential palaces which serve as a hosting place for the president's visitors. 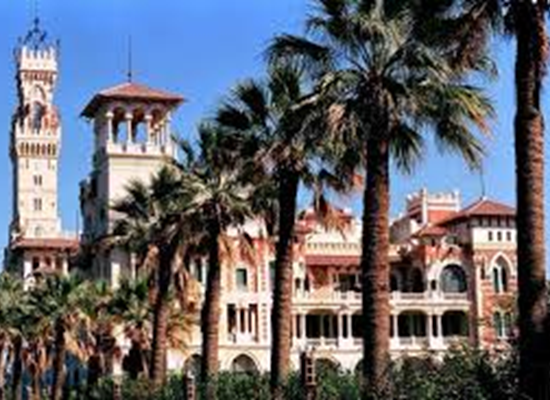 The garden of Al Montazah which is 3000 meters wide contains a huge selection of trees and plants and some of them are quite rare. Some of the tropical plants are still in good shape although they have been planted more than 75 years ago.

The plant collection in Montazah includes: Catania, huge boots, Zamia, Carlota, and special types of palms. This is besides the big size plants like Anthurium, Hokiry, Araliaceae, Victoria, and Ropilia.