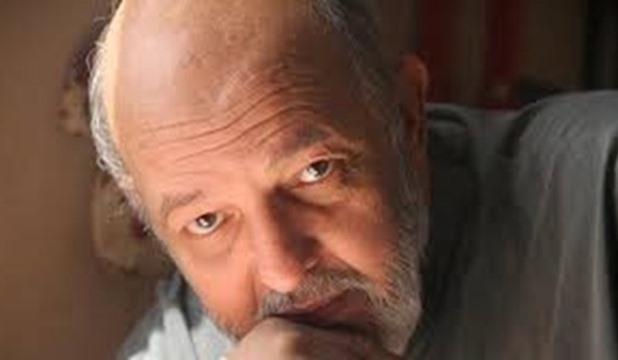 Mohamed Hamed Hassan Khan was a Pakistani-Egyptian film director, screenwriter, and actor. He was a well-known member of the "1980s generation" in Egyptian cinema, along with directors such as Khairy Beshara, Daoud Abdel Sayed, Atef El-Tayeb, and Yousry Nasrallah. His main aesthetic credo, in line with directors from his generation, was a reinvigorated realism seeking direct documentation of everyday life in Cairo, beyond the walls of the studio.

Khan was born on October 26, 1942 in Cairo; Egypt. After completing his high school education in Egypt, he went on to study at the London School of Film Technique (now known as The London International Film School) between 1962 and 1963. He directed several 8mm films. In 1963, he returned to Egypt and worked in the script department of the General Egyptian Film Organization. Between 1964 and 1966, he worked as an assistant director in Lebanon. He then moved again in England, where he wrote his book "An Introduction to the Egyptian Cinema", published by Informatics in 1969. He edited another Book entitled “Outline of Czechoslovakian Cinema”, which was also published by Informatics in 1971.

His 1983 film The Street Player was entered into the 13th Moscow International Film Festival. According to a book issued by the Bibliotheca Alexandrina in December 2007, Khan's Ahlam Hind we Kamilia (1988) is one of the 100 landmarks in the history of the Egyptian cinema.

He has one daughter, Nadine, a film director, and one son, Hassan. He was married to Wessam Soliman, an Egyptian scenarist who wrote three of his movies: Banat Wust el-Balad (Downtown Girls), Fi-Sha'et Masr el-Guedida (In a Heliopolis Apartment), and Fatat el-Masna' (The Factory Girl).

Youssef and Zeinab (1986) (Egypt/Maldives Co-Production). Screened at the Strasbourg and Moscow Film Festivals in 1986 and 1987.

Ahlam Hind we Kamilia (1988) (Dreams of Hind and Camilia). Bronze Award at the Valencia Film Fest in 1988. Best Direction from Egyptian Film Society Festival in 1989. Best Film from the Catholic Film Centre in Cairo in 1989. Screened at the Tashkent, Carthage, Bahrain, Nantes and Tetouan Film Festivals, between 1989 and 1995.

Fares Al Madina (1991) (Knight of the City). Screened at the Valencia and Paris Arab Film Festivals in 1992.