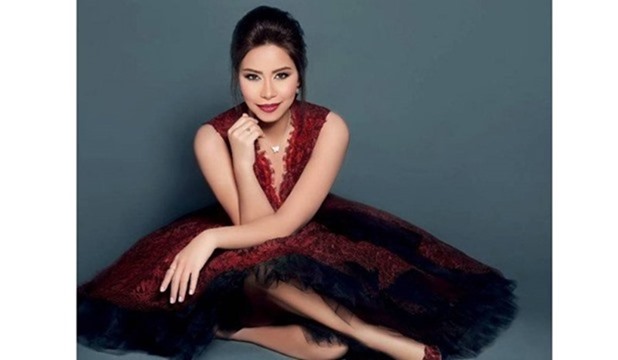 Shereen  Ahmed Abdel Wahhab , is an Egyptian singer and actress ,  born in 1980 in Cairo, Egypt.

She was married to the Egyptian composer and music distributor Mohammad Mustafa. She has two daughters.

Shereen  began her music career in 2000 with the single "Ah Ya Leil". However, this was not her first song. She also performed with the singer Mohamed Mohey in a duet entitled "Enta Habib El Ain Wel Qalb" ‎, and also with Tamer Hosny.

In cinema, Shereen  starred opposite Ahmed Helmy in Mido Mashakel ‎‎. The 2003 film was directed by Muhammad al-Najjar.

She also participated in the programme The Voice, And nicknamed the Queen of feelings, as one of the jury members. She also starred a TV serial entitled " Tareeqi" or "My Way".

In February 2016 there were reports that she had decided to retire but this was reconsidered a few days later.

"Ma Btefrahsh" (You are senseless)

"Mish 'Aiza Gheirak Inta" (I don't want anyone but you)

"Lebnan Fel Alb" (Dedicated to Lebanon) (Lebanon in the heart)

"Albi Leek" ft. Hany Shakir (My heart's for you)

"Ma Sherebtesh Mn Nelha" (Didn't you drink from its nile?)

"Bahibik Ya Omi" (I love you, oh Mother)