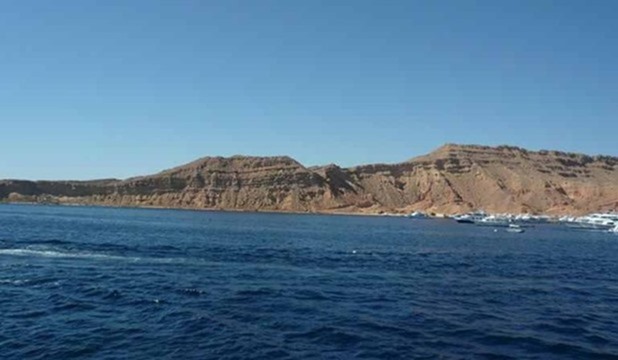 Location: Gulf of Aqaba
Area: 480 km2
Boundaries: The boundaries of this National Park extend from a point opposite the Qad Ibn Haddan lighthouse on the Gulf of Suez to the southern boundary of the Nabq Protected area on the Gulf of Suez.
Type: Marine Reserve
Year of establishment: 1983
Objective: Protection of marine and terrestrial wildlife
Management: The Egyptian Environmental Affairs Agency (EEAA).

Geographical aspects: Ras Mohammed is the headland at the southern most tip of the Sinai Peninsula, overlooking the juncture of the Gulf of Suez and the Gulf of Aqaba. Littoral habitats include a mangrove community, salt marshes, inter-tidal flats, a diversity of shoreline configurations and coral reef ecosystems that are internationally recognized as some of the world’s best. In addition a diversity of desert habitats such as mountains and "wadis", gravel plains and sand dunes.
Flora:  Sea-grass beds and mangrove trees.
Fauna: There are  more than 200 species of corals, species,125 of which are soft corals There are around 1000 species of fish, 40 species of star fish, 25 species of sea urchins, more than a 100 species of mollusc and 150 species of crustaceans.
Ras Mohammed is important as a bottleneck for migratory soaring birds. The majority of the world populations of white stork Ciconia pass through this area. 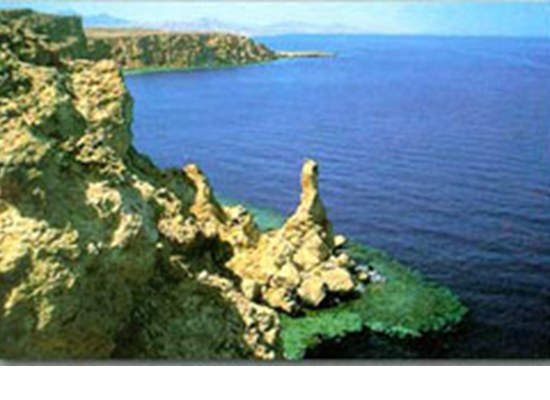 Tourism in Southern Sinai is inherently linked to resources of the area.

Due to Ras Mohamed’s geographical position, divers find almost permanent strong currents  all  year long, which help attract larger fish.
Beautiful beaches, extraordinary coral reefs and exciting dive sites make Ras Mohamed National Park a worthwhile visit.
Unique Coral Reef ecosystem: Coral reef ecosystems found in the National Park are recognized internationally as among the world’s best. This recognition is based primarily on the diversity of flora and fauna, clear warm water devoid of pollutants, their proximity to shorelines and their spectacular vertical profile.
The reef exists as an explosion of color and life in stark contrast to the seemingly barren desert adjacent to it. In reality, the desert is rich in fauna, mainly nocturnal. These ecosystems are intrinsically linked and thus must be managed as a single unit.
The National Park offers outstanding coral reef and nature viewing experiences to the visitor.
The Eel Garden, named for its population of garden eels at 20m, also provides excellent and calm conditions.
The Main Beach, often crowded, remains one of the best locations to see vertical coral walls. Access is restricted to the left side of the bay. The Old Quay, often calm but having more turbid water, has some of the best shallow water reef structure.
Marsa Bareika, newly opened with superior corals, calm water and excellent beaches. Mangrove Channel - Hidden Bay are the best locations to view resident or migratory birds such as Herons, White Stark, Osprey, etc.