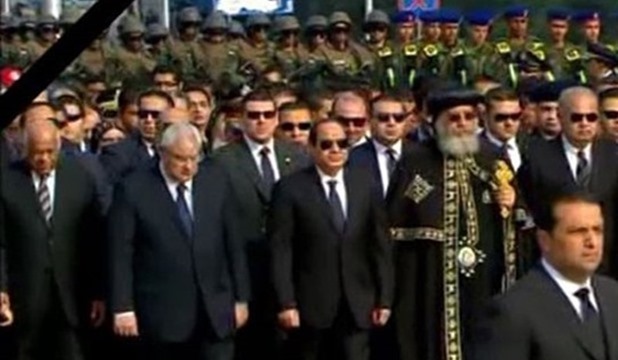 On Sunday 11th of December 2016 a blast targeted the Boutroseya Church which is adjacent to the St. Mark Coptic Orthodox Cathedral in Cairo's Abbasiya district. The Ministry of Health announced that at least 25 people were killed and 49 more injured.

President Abdel Fattah El Sisi strongly denounced the terrorist attack on the Boutroseya Church that left several Egyptian martyrs. The President announced a three-day mourning across the country as of Sunday 11/12/2016.

A statement released by the Presidency said such terrorist act which targets the homeland and Christians and Muslims alike will only make Egypt stronger. The president expressed deep condolences to the families of the martyrs and prayed to Allah to bless them with His mercy.

"The pain the Egyptians feel at this time will never go in vain but rather gives them more determination to track down the perpetrators and put to trial everyone involved in this criminal act and other terrorist acts against the country," the President said.

The blood that was spilled today on the anniversary of the Birthday of Prophet Muhammad and the victims of the terrorist act against policemen on Friday and all the heroic operations by the army and the police in Sinai are part of battles in the war of the great Egyptian people against terrorism which will never have any place in Egypt. The Egyptian people are capable of overcoming all crises moving ahead toward prosperity, justice and peace all over the homeland, the president added.

President Abdel Fattah El Sisi leads a State funeral on Monday 12/12/2016 for the martyrs.The funeral would start at 15:00 (Cairo Local Time) from the Unknown Soldier Memorial in Nasr City. Pope Tawadros II of Alexandria and Patriarch of Saint Mark Diocese will lead a funeral Mass for the victims at 10:30(CLT) at St. Mary Church in Nasr City, with the participation of the families of the victims.


Sisi at funeral of church attack victims: Egypt will avenge the martyrs 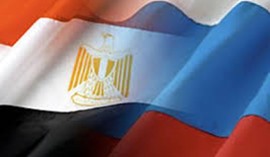 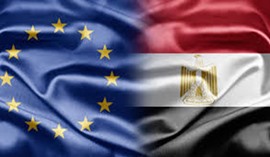 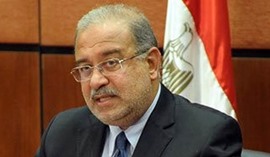 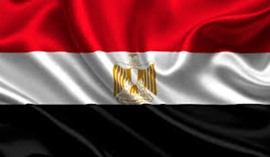