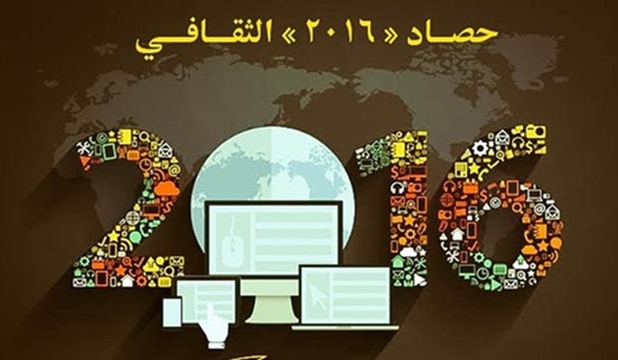 The year 2016 marks the 60th anniversary of the official establishment of diplomatic relations between Egypt and China. The two countries celebrated it culturally by holding various cultural events in both countries.

As ancient civilizations, Egypt and China have long and glorious cultures, and both have made great achievements in modern art and culture. Enhancing the two peoples’ mutual understanding through cultural exchanges will help improve the two countries’ cooperation in the Belt and Road Initiative.

On Jan 21, 2016, Chinese President Xi Jinping came to Egypt and joined President Abdel Fattah el-Sisi to attend the opening ceremony of the Egypt-China cultural year at the Luxor temple. Minister of culture Helmy Namnam and his Chinese counterpart Luo Shugang announced the start of the "2016 Egypt-China Cultural Year”.

Egypt and China held a number of activites related to arts and movie making, organized a number of festivals and events and held joint press conferences. Chinese film festivals were organized in Cairo and Ismailia and a memo of understanding was signed in the field of movie making between Ministry of Culture and Chinese TV. The two countries have exchanged arts performances where Egypt has received 18 arts activities from China and sent 10 activites from Ministry of Culture. In February a festival was organized in Cairo named “Chinese Spring Festival” and received a Chinese delegation to participate in a cultural event. Also, - The Egyptian Embassy in Bejin held a cultural week event entitled “Dialouge and cultural diversity”. China participated in Aswan Arts Festival and Egypt International Book Fair. As a number of galleries were orgazied.

Egypt's Prime Minister on Tuesday 19/7/2016 announced the nomination of ex-state minister of population Moushira Khattab for the post of director-general of the United Nations Educational, Scientific, and Cultural Organisation (UNESCO).

Sherif Ismail made the announcement during a cultural dialogue gathering on UNESCO under the theme "Egypt, UNESCO and international cultural issues" that kicked off at the Egyptian Museum in Cairo.

PM said that Khattab is a woman who is equipped with vast experience and plentiful commended record at the national and international levels. Egypt, through this nomination, is presenting to the world a model example of the Arab, African, and Mediterranean Egyptian woman who is enlightened and successful and who is well-known for her hard work. She has always been interacting with the world in a rational and serious way and proved that she has a modern vision and is capable to achieve in the field work. She proved also to be brave in defending her stances.

Ministry of Antiquities a number of foreign delegations made many discoveries in warious governorates in Egypt like:

- The skeletal remains of a child that bear the telltale signs of scurvy have been discovered in Egypt in the southern city of Aswan. The skeleton itself, which has been dated to somewhere  between 3,800 to 3,600 BCE, was found in the pre-dynastic Nag Al-Qarmila dig site by a joint international effort between the Aswan Kom Ombo Archaeological Project (AKAP), Bologna University in Italy, and Yale University

- Egyptian-American joint mission discovered in the archeological area of Lisht a cemetery of a senior statesmen in the reign of King "Senusret I" of the Twelfth Dynasty who holds the title of "royal seals holder."

- The mission of the Czech Institute of Egyptology, Faculty of Arts, Charles University in Prague has recently made an unexpected discovery at Abusir South that once again highlights the importance of this cemetery of the Old Kingdom officials. Work commenced in 2009 on a large mastaba termed AS 54, followed by several seasons of excavations. Its exceptional size (52.60 x 23.80 m), orientation, architectural details, as well as the name of king Huni (Third Dynasty,) discovered on one of the stone bowls buried in the northern underground chamber, indicate the high social standing of the person buried in the main (so far unlocated) shaft. Unfortunately, his name remains unknown due to the bad state of preservation of the cruciform chapel. Clearing the area south of Mastaba AS 54 revealed an 18 m-long wooden boat during the 2015 excavation season. It was lying on tafla, covered with the wind-blown sand. Although the boat is situated almost 12 m south of Mastaba AS 54, its orientation, length, and the pottery collected from its interior, make a clear connection between the structure and the vessel, both dating to the very end of the Third or beginning of the Fourth Dynasty, ca 2550 BC.

- Archaeologists have announced the discovery of an ancient building believed to be a barque station from the time of Queen Hatshepsut. The station, comprising of a number of stone blocks was unearthed by the German Archaeological Institute during excavations on Elephantine Island. Ancient Egyptian barques were a type of boat used from Egypt’s earliest recorded times and are depicted in many drawings, paintings, and relief that document culture.

Ministry of Culture with the cooperation of Ministry of Foreign Affairs and Ministry of Interior succeded in retrieving a number of artifacts that were stolen and smuggled like:

- Egypt has restored a statue dating back to the ancient Egyptian civilization from Belgium, Assistant Foreign Minister for Cultural Relations Ambassador Eman El Far said. The statue is of a man and a woman standing on a rectangular base with hieroglyphic inscriptions written on it. The Egyptian Foreign Ministry thanked the Belgian authorities for their cooperation to restore the smuggled artifact.

- The Egyptian Embassy in Washington, in cooperation with the Antiquities Ministry, managed to prove Egypt's right to restoring four ancient Egyptian artifacts that were stolen and smuggled to the US. The American authorities issued a decision on the right of Egypt to recover the artifacts after the embassy had provided all legal evidence that they were illegally smuggled out of Egypt. The restored artifacts include two wooden arks, a linen shroud with a mask and a hand of a mummy

- The Foreign Ministry, in cooperation with the Ministry of Antiquities, received two ancient Egyptian Mishkat (rounded lanterns) that were recovered last week from the United Arab Emirates (UAE). The two items were stolen from the store gallery of the National Museum of Egyptian Civilization. The Ministry of Antiquities spotted the stolen items after they were put for sale at an exhibition in Dubai. The first recovered lantern belongs to Prince Selehdar while the second belongs to Sultan Hassan, the assistant minister noted. The Foreign Ministry expressed thanks to the United Arab Emirates for responding to the Egyptian authority's requests to recover the stolen items.

- An Egyptian antiquities exhibition was opened at the Sendai City Museum of Japan. The inauguration ceremony was attended by the mayor of Sendai city and head of the museums sector at the Egyptian Antiquities Ministry Elham Salah. The Era of Pyramids' Builders exhibition was first held in Tokyo October 2015. Salah said Japan's hosting of the exhibition reflects deeply-rooted relations between Tokyo and Cairo in all fields. She noted that such exhibitions are very important to promote Egyptian antiquities. The exhibition showcased 120 artifacts from the Old Kingdom, including a statue of King Chephren.

- Antiquities Minister Khaled el-Anani on Friday 04/11/2016 opened an exhibition of 22 artifacts, which were unearthed by a French mission at Ramesseum Temple, at Luxor Museum. The opening of the exhibition was held on the sidelines of a ceremony to mark the 25th anniversary of excavation works carried out by the French mission. Christian Leblanc, the director of the French Archaeological Mission of Western Thebes since 1991, was honored at the ceremony that was also attended by French Ambassador in Cairo André Parant. The exhibition's opening coincides with Luxor national day celebrations, which marks the 94th anniversary of the discovery of Tutankhamun tomb by Howard Carter in 1922.

- Cairo Opera House hosted on Tuesday 29/11/2016 a mosaic arts exhibition for the Egyptian Micro Mosaic Artist Saad Romany Mikhaiel. About 20 artists from eight countries participated in the exhibition that displayed around 75 pieces of art. Head of exhibition division department at Opera House Heba Morad inaugurated the exhibition that would runs till December 5. Mikhaiel said participants from Germany, UK, France, US, Belgium, Netherlands, Canada and Spain took part in the event.

- The 47th session of Cairo International Book Fair opened on January 27 to February 10, under the theme of "Culture in confrontation" with the participation of 34 countries, including several Arab and African countries. Up to 850 publishers participated. Bahrain wasthe guest of honor this year. It presented a variety of its cultural and artistic activities along with with movies and documentaries about its history. Figure of the Year is the Egyptian writer Gamal al-Ghitani, who passed away in October 2015.

- Nubia is called "The Gold and Diamond Land", its sons are known for their goodness. Nubia is one of the most important tourist areas in Egypt as a source of the national income if it is well-utilized. Nubia has an annual celebration to revive its culture and heritage. The celebration – which lasted for 3 days - was held on 11/7 on Hanager Theatre at Opera House under the auspices of the Culture Minister, the parliament member Amr Abu Al-Yazid and the Cultural Nubian Club in Cairo. The festival was attended by Sudan's Ambassador to Cairo Abdel-Mahmoud Abdel-Halim, Sudanese Consul General in Aswan Ahlam Abdel-Galil, Sudanese Cultural Consul Amr Abu Al-Yazid, broadcasters Tareq Allam and Ahmed Al-Sha'er, and a number of puclic Nubian and Sudanese figures.

- Under the auspices of Culture Ministry, the 38th Cairo International Film Festival (CIFF) opened during the period November 15 to 24, 2016 with intensive international participation this year. Magda Wassef  headed the CIFF for the second time, while the critic Sherif Rizkallah is the executive director and Mahmoud Hemida is the honorary president of the festival. This year's edition is dedicated to late iconic Egyptian actor Mahmoud Abdel-Aziz.

- The Egyptian Cultural Center in Paris signed a deal with the French Center for Economic, Legal, and Social Study and Documentation (CEDEJ) for digitizing the Egyptian center's library. The agreement was signed during a ceremony marking the re-opening of the Egyptian Cultural Center in Paris. The agreement will open new vistas of cooperation between the center and the largest scientific research association in France. The agreement would have a positive impact on Egyptian envoys and researchers, and will enhance Egyptian-French cooperation in various domains, especially in the fields of cinema, poetry, music and theater.

- The Egyptian Tahteeb game was inscribed Wednesday 30/11/2016 in the UNESCO Intangible Cultural Heritage List. In a statement, the Egyptian culture ministry said that the Egyptian element was inscribed following the decisions adopted by the Intergovernmental Committee for the Safeguarding of the Intangible Cultural Heritage, at a meeting in the Ethiopian capital Addis Ababa. Tahteeb is originally a stick martial art described since the fifth Egyptian dynasty Sahourêh king (-2600 B.C.). It progressively became a festive and participative game. It is today viewed as an artistic performance that expresses attitude and body skills. The person unifies with the stick (rottan wood) and harmonises with the other for a peaceful game. Tahteeb is now a folk practice combining art and skill, a non-verbal form of communication accomplished by the use of a stick, enhanced by the music played by the folk musicians with derbouka (percussion) and mizmar (oboe). Although the element is geographically distributed all over the rural areas in Egypt, it is concentrated in Upper Egypt in the governorates of Minya, Assiout, Sohag, Qena, Luxor and Aswan.

- The Egyptian Cultural Center in Paris signed a deal with the French Center for Economic, Legal, and Social Study and Documentation (CEDEJ) for digitizing the Egyptian center's library. The agreement was signed during a ceremony marking the re-opening of the Egyptian Cultural Center in Paris. The agreement will open new vistas of cooperation between the center and the largest scientific research association in France. The agreement would have a positive impact on Egyptian envoys and researchers, and will enhance Egyptian-French cooperation in various domains, especially in the fields of cinema, poetry, music and theater. 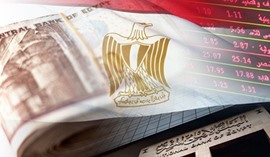 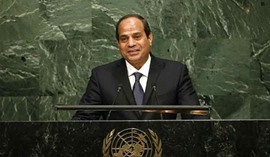 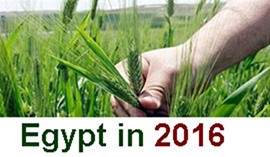