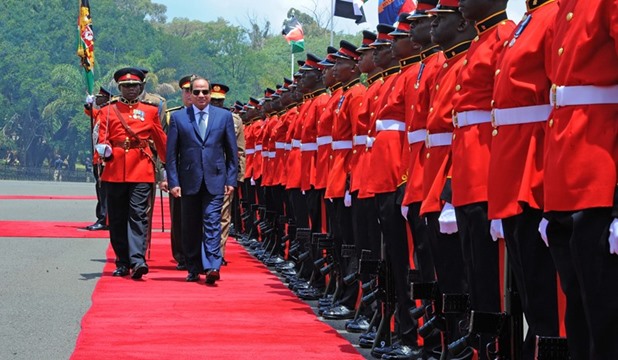 During his visit, Sisi met Kenyan President Uhuru Kenyatt where they discussed ways to boost economic relations between the two countries, particularly in the light of their membership in the Common Market for Eastern and Southern Africa (COMESA).

The two leaders held a session of talks followed by another session attended by the delegations of the two countries.

President Sisi renewed keenness on boosting relations with Kenya in various fields, and working together to achieve the common interests of the two countries.

The talks also touched upon supporting development efforts in the Nile Basin countries.

The talks also dealt with regional issues of common concern, especially the situations in South Sudan and Somalia.

The two presidents stressed the need for continued coordination in order to work toward achieving peace and stability in the region.