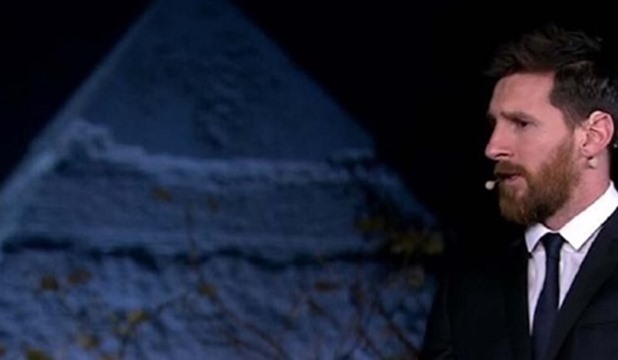 Egypt has crowned its successful experience in eliminating Hepatitis virus C by a human initiative for the whole world in order to contribute to treating a possible big number of Hepatitis C patients. The World Health Organization (WHO) announced the success of Egypt’s experience. Egypt achieved the highest global rate of recovery of Hepatitis C in 2016, where the rate reached more than 95% by the new treatment. WHO mentioned that Egypt has become on example that should be followed all over the world, not for giving hopes only to eliminate the disease, but also for its concerted efforts in a national action plan which includes protection through raising the societal awareness of sources of infection and means of treatment, providing medicine for patients, follow up and continued evaluation of this action plan.

Since President Abdel Fattah El-Sisi’s call for treating a million people during the past year, the Health Ministry has shouldered the responsibility to achieve such a “Dream”. The National Committee for Combating Viral Hepatitis built a website, allowing all patients to book and get an appointment for a regular examination and get his turn fairly in the nearest medical unity to his residence.

Also, the doctors had been trained through 20 workshops, where 750 ones were groomed, to deal with the patient according to international codes, in addition to establishment of new treatment units who reached 164 mostly covered by the health insurance.

Also, the Ministry adopted the Egyptian drugs, which showed the same efficiency of the imported ones and caused the recovery more than 95%.

The Ministry also has successfully negotiated to provide the medicine at a remarkable low price which reached 1% of the world price, in a way it is considered a great success to alleviate the state budget burden. The Ministry has encouraged the Egyptian pharmaceutical companies for production of the drugs to treat the biggest number of patients at a lower cost with the same international standards. Until January 2017 about 942.000 patients were treated at a cost of more than L.E 3 billion of which 550.000 patients were sponsored by the government, 262.000 patient sponsored by the health insurance 25.000 patient sponsored by army and police and 105.000 patient paid out of pocket.

A survey by Egypt’s Health Ministry was made to reach 9 million people by the end of 2017 and also the international rates by 2020.

To raise awareness, a major campaign has been launched for increasing awareness through all mass media with a budget amounted to L.E 5 million for 6 months as a first phase. This campaign began after a study carried out over several months in cooperation with WHO to probe knowledge, behavior and trends of the Egyptian people. The Egyptian actor Mohammed Henedy participated in this campaign.

After the success in the treatment of about one million patients and ending the waiting lists in July last year and using the Egyptian-made drugs in treatment, The Ministry of Health and Population in coordination with the Ministry of Tourism has activated the therapeutic tourism program for Hepatitis C Patients in 2017.

Also, the therapeutic tourism program aims to restore the tourism movement to Egypt in unconventional ways. So, the visit of the renowned Argentinean football player Lionel Messi to the Pyramids aimed to raise funds for the treatment of 20,000 Egyptian Hepatitis C patients. In addition, it aimed to conclude successful contracts for medicines export to Brazil and other countries in South America. These contracts included many countries in Africa, in addition to other deals to provide the treatment in some East Asian countries, which they are the most arch competitors to Egypt in the therapeutic tourism sector.

The Ministry pointed out that a pharmaceutical company sponsored the therapeutic tourism of Hepatitis C campaign all over the world to receive an effective treatment package at affordable prices of a cost of less than 5% of the value of treatment abroad, including air travel tickets, movements, accommodation, analysis and treatment. Also, the company is seeking inviting celebrities such as “Daneil Alves and Messi” to promote this program.

The treatment plan begins from receiving the patient and his family in the airport and conducting analyses and tests to determine the necessary treatment provided by hospitals and medical centers under the supervision of the Health Ministry.

The treatment package “Tour n’ Cure” provides the opportunity to visit Egypt’s historical sites accompanied by a tourist guide. When they go back to their countries, the program allows them to follow up their treatment via the internet.

A booklet is given to the patient in which his weight, height, and how to deal with the side effects are registered. Those patients will be our ambassadors abroad to promote this successful program to bring more patients.

Egypt occupies a distinguished location on the chart of therapeutic tourism and has become a popular destination for those who want to get treatment all over the world. The tourists come to enjoy the healthy climate and medical treatment under the auspices of medical specialists in all branches and modern hospitals, which include advanced equipment ran by specialists in exercises and physiotherapy in addition to a tour package to visit Egypt’s unique landmarks.

As more archaeological discoveries left by the Egyptian scientists and archaeologists over time, the medical and therapeutic importance has emerged for many sites all over Egypt such as Helwan, Fayoum, South Sinai and Sohage….etc.

These places have mineral water, sand dunes are able to treat and cure many incurable diseases such as skim diseases and rheumatic. Dr. “Hassan Bek Mahmoud Hakim” was the first one who placed the scientific basis of therapeutic tourism in Egypt through the manuscript liblrary in Makram Bek which is titled “Badies recovery fountain in pools of Helwan” which placed nearly 127 years.

Egypt has 16 inland and coastal locations, where natural treatments for many diseases are available such as Helwan, Ain Assera, Ain Sokhna, Hurghada, Fayoum, Oasis, Aswan, Sinai and Safaga on the Red Sea.

Egypt has sulfurous and mineral springs, which have unique chemical compound that exceeds the rate of all sulfurous and mineral springs in the world in terms of depth, capacity and temperature between 30-73 Celsius degree. Also, there is clay in these sulfurous springs to cure many bone diseases, digestive and respiratory systems diseases in addition to the skin diseases by burring the patient in the hot sands.

The estimated number of springs allover Egypt reached 1356 including five in Helwan, three in Ain Assera, 36 in Fayoum, four in Rayan Valley, 33 in Sinai, 315 in Baharia Oasis, and 106 in Siwa in addition to a large number that reached 564 in Dakhla Oasis, 188 in Kharga, 75 in Farafra and the rest are spead in Gulf of Suez, of Qattara, Natroun Valley and Gara.

- The desert cities such as Siwa, New Valley, Oasis and some regions in Sinai are characterized by burring the body in sands for certain periods. It leads to unprecedented results in curing rheumatic diseases such as rheumatoid and pains caused by the spine and other causes of acute and chronic pains.

Due to Egypt’s unique tourist potentials, many places and new projects entered the field of therapeutic tourism. They are supported by the Ministry of Health and various government bodies to provide the highest excellent services to tourists and foreign visitors.

Among Those New Places:

It is considered the first therapeutic tourism resort in Egypt. It has begun since May 2016 with Kuwaiti investments.

It was founded in 2009 in Aswan. It is a non-profitable and non-governmental foundation aiming at providing free medical services for children and adults in Egypt and the world in the field of cardiovascular diseases.

The Ministry of Health introduced 6 new regions in the field of ecological recovery including the Pharaoh bath, Moses springs and Siwa in Marsa Matrouh, in addition to the sulfuric wells and springs in New Valley and Baharia Oasis. Also, Safaga hospital was turned to a medical center for Ecological recovery.