On its World Day

Wildlife in Egypt…a Unique Diversity and an Ecological Richness 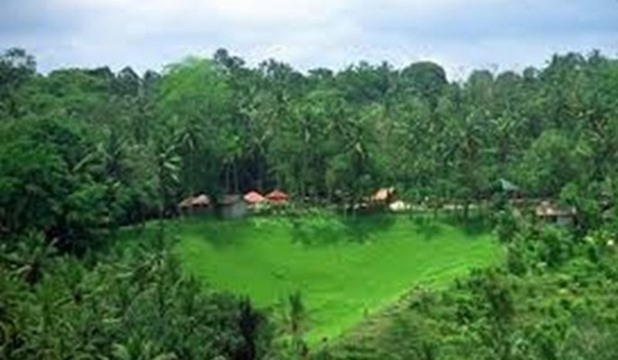 The World Wildlife Day that falls on March 3 is an opportunity to celebrate the various and miscellaneous kinds of wild fauna and flora, to focus on the importance of protecting the nature and to increase human awareness in this respect. This Day, also, reminds us of the need to combat criminal abuses against wildlife due to their wide impact on the economic, environmental and social life.

The UN have praised the deep-rooted value of wildlife with its various contributions on the ecological, genetic, social, economic, scientific, educational, cultural, entertainment and aesthetic levels. The UN, the international organizations, civil society, NGOs and individuals play a positive role in eliminating the illicit trade in wildlife.

The UN Environment Program has expressed its concern on the danger of the illicit trade in wild animals, since statistics clarify the crime committed against the ecological systems in the African states. In this respect, total value of illicit trade in wild animals reach US dollar 2013 billion annually, i.e. more than the total humanitarian international aid estimated at around US dollar 112 billion. The African states lose around double the amount of aid they receive due to the loss of forests and wild species. Total value of trade in fauna reaches around US dollar 20 billion annually and ranked second in the kinds of illicit trade following the drug trafficking and equal to arms and human trafficking.

Egypt closely follows-up the international efforts of saving wildlife and is facing this phenomenon on its lands through laws and legislations that aim to protect the wildlife. It is also keen to implement local and international programs that protect the migrant birds and the endangered species. This should be done through collaboration with the Nile River Police in order to crackdown and arrest illegal traders. Egypt has also participated in a meeting that had been held lately in Ethiopia on the preparation of African Strategy on Combating Illegal Exploitation and Illegal Trade in Fauna and Flora in Africa. According to the UN Environment Program, statistics and figures show the amount of illicit trade in wildlife as follows:

·         Total amount of illicit trade in wildlife is estimated by around US dollar 15-20 billion annually, i.e. one of the biggest illicit trades worldwide, beside drugs, arms and human trafficking.

·         According to the Thin Green Line Organization, around 1000 of the reserves and national parks guards had been killed in the last decade at the hands of the wildlife illicit traders.


·         Amount of illicit, non-registered and unorganized fish trade is estimated at around 11-26 million tons annually, i.e around US dollar 10-23 billion, thus leading to a depletion in fish stocks, a rise in fish prices and a loss in the livelihood of fishermen.

·         Two of the biggest ivory markets worldwide; the US and China, declared in September 2015 their intention to ban the international and local trade of ivory on their lands.

The extinction of various Fauna and Flora is a universal problem, results of research studies have shown that the number of endangered Fauna and Flora in 2015 had noticeably been raised despite the governmental pledges of protecting the living creatures. Such species include the lions in West Africa and the Orchid plants in Asia.

A research had found that the Red List of the endangered creatures; supported by the governments, scientists and environmental activists, went up to 22,784 species in 2015 against 22,413 in the previous year; making up around one third of the number of the well known fauna and flora.

According to the study, conducted under the supervision of the International Union for Conservation of Nature, deforestation for the purpose of expanding farms, urban land, building new cities and roads was the main cause behind this rise in extinct creatures.

Thanks to the efforts exerted by South Africa, the African lions are of the least endangered creatures according to the total classification list for the endangered species. Regarding the West Africa lions, they are classified of high risk of extinction due to the loss of their habitat and the non-existence of certain preys due to the human hunting activities.

It is worth mentioning that in 2011; around two hundred governments had set an objective to prevent the extinction of certain species. Despite the fact that certain species had not been totally extinct until 2015, however a lot of species are currently at risk of extinction.

Egypt had issued several legislations that protect the environment and preserve the natural resources and the endangered Fauna and Flora species. Salient of such legislations is law no. 53 of 1996 by the Ministry of Agriculture, Law no. 124 of 1983 regarding fishing, aquaculture and fish farms regulations, Law no.4 of 1994 amended by Law no.9 of 2009 on the protection of environment by prohibiting hunting of wildlife creatures.

Wildlife is a main component of the biological diversity, which plays a vital role in sustainable development and combating poverty. Such diversity has 10 million species, with only 1.4 million that have been classified so far, including 750,000 kinds of insects, 41,000 kinds of vertebrates, 250,000 kinds of plants and the rest are from the invertebrates, fungi, algae and other delicate living creatures.

The First Nature Reserve in Egypt

Egypt possesses 30 nature reserves that lie on an area of around 150,000 km2; around 15% of Egypt’s total area. Such reserves cover most of Egypt’s distinguished ecological systems and shelter more than 20,000 fauna and flora species.

Egypt possesses a rich and diverse wildlife thanks to its unique location in the center point between three main geographic ranges of animals, thus possessing creatures from these ranges. Wildlife in Egypt includes animals, birds and aquatic creatures, thanks to its moderate climate that suits several species.

Egypt is a bridge between four vital geographic ranges. It lies on one of the main bird’s migratory routes worldwide. A number of 470 species had been registered in Egypt, including only 150 resident paired birds and one resident specie in the Red Sea “Gull Agamh”. Moreover, Suez is considered one of the major routes of flying birds. A number of 134,000 birds of prey had been enumerated in autumn 1981.

Egypt is a home of 93 species of mammals of which six are resident.  In addition, 13 species of whales and dolphins and one dugong in Egyptian waters of the Red Sea.

There are 106 types of reptiles and amphibians in Egypt; 6 are resident and one “Egyptian Reptile” is endangered. The most numerous reptiles are 49 species of lizards, of these the largest group is the Gekkonide. Among the 36 species of snakes, nine are poisonous and other 9 are rear-fanged snakes that are also poisonous although they are less of risk for humans.

Despite the dry weather, 2075 species of plants in 758 genera are available in Egypt. Many of these are uniquely adapted to the climatic conditions, while some plants grow in privileged areas such as the Nile Valley.

Sinai Peninsula has the biggest diversity of species, including 19 that are resident Egypt and many are of medicinal importance.

The importance of the Red Sea is not only attributed to the maritime traffic; especially transport of oil, but also to its richness in the marine life and the coral reefs. In this respect, there are over 1300 fish species, over one thousand species of mollusks, 200 corals and over 250 bristle worms, among others.

Insects vary in kinds and sizes, starting from a certain specie of butterflies that is 28 cm long, to the smallest hornet, which is only 0.2 mm long. All kinds are fascinating as regards their shapes. Some insects are useful for humans, such as the bees which play a vital role in transferring the pollens to the plants.

A World Classification to Preserving of Wildlife:

Recently, Egypt has witnessed a huge leap in the methods of preserving of wildlife, including the fauna and flora, in addition to the insects, reptiles, birds and even the stones. In 2012, Egypt topped the “CITES” List of the states preserving wildlife inside and outside their reserves. Thanks to the capability of Egypt’s nature reserves, they have become able to protect all endangered species and provide a suitable environment for their reproduction.

Salient endangered animals, birds and plants that are protected in such reserves are: The Egyptian gazelle, the mountain goat, the Sinai tiger, various kinds of Egyptian lizards and the sea turtle, among others.