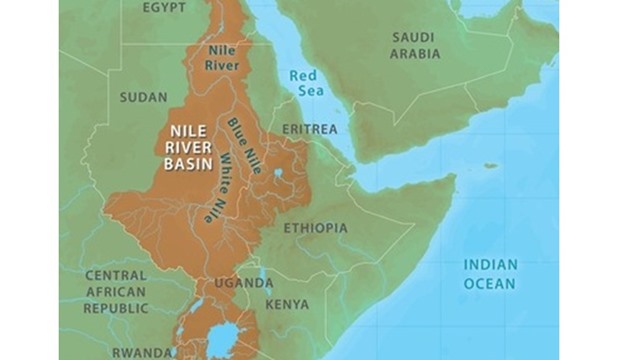 The navigation line project linking between Lake Victoria and Mediterranean Sea through the Nile is one of Egypt’s main concerns in Africa in the fields of economic cooperation, river transport and infrastructure. It reflects Egypt's desire to strengthen relations with the Nile Basin countries.

The Naval Linkage Project is one of the regional projects sponsored by NEPAD's Presidential Infrastructure Development Initiative. Egypt is leading this project under the patronage of President Abdel Fatah El-Sisi and the participation of all the Nile Basin countries, including Egypt, Sudan, South Sudan, Uganda, Burundi, Rwanda, the Democratic Republic of the Congo, Ethiopia, Kenya and Tanzania.

Egypt has launched an initiative to achieve African development and integration through a project to link the navigation line from Lake Victoria to the Mediterranean Sea, establish training and research centers along the waterway and express its willingness to prepare pre-feasibility studies for this promising project. The Committee of Heads of State of the participating countries and the Supreme Steering Committee of the African Union agreed on the project proposal in January 2013 in the Ethiopian capital Addis Ababa.

The project aims at linking the Nile Basin countries with a maritime corridor that supports the trade and tourism movement, provides employment opportunities and increases the possibility of the landlocked countries to contact the international seas and ports.

The importance of the project

The project will facilitate the commercial transport between the Nile Basin countries at a cheap cost, thus facilitating the maritime trade and opening up export markets to the continent of Europe and the Arab countries through Egypt, which will contribute to the recovery of the African countries' economy, raising the rates of development and reducing poverty rates.

- The project connects the plateau of the tropical lakes with eastern Africa with the Mediterranean Sea, starting from Lake Victoria and then the rest of the tropical lakes in Uganda until it reaches the borders of Sudan and the Sea of ​​the Mountain, then the dam area, then reaches the White Nile and continues its course until it meets the Subat River then the Blue Nile, the Atbara River, Wadi Halfa, Al Shallalat area, and then the Marwa dam in Sudan by establishing a special hoe. Then it reaches Lake Nasser to Aswan until it extends to the Mediterranean Sea "Alexandria Port through Rasheed Branch or Damietta Port via Damietta branch" and this requires refinement procedures along the course of the Nile River in Egypt.

- The project contributes to the establishment of a regional mechanism in the field of river transport and the development of a river course to the Mediterranean Sea in Cape Town, South Africa along the African continent.

- The project includes establishing development corridors that include riverbeds in the Nile River and Lake Victoria, railways, land roads, internet networks, logistics centers, commercial and tourism development among the Nile Basin countries. It also includes the establishment of navigational channels to prevent the current water losses due to evaporation from Bahr el Ghazal swamps in Southern Sudan and the dam area Jungli, and a set of training and research centers along the waterway will be established.

The Ministry of Water Resources and Irrigation announced the start of the study of the legal and institutional framework for the navigational line between Lake Victoria and the Mediterranean Sea in March 2017. The consulting office "Hydroplan" will study the legal and institutional framework and training needs. The advisory office shall submit the initial report and after the approval by Egypt and the Nile Basin countries a series of visits to all the basin countries will be carried out with the representatives of the Project Management Unit to collect the necessary data for the study and then submit the first report to the study after 4 months of agreeing on the initial report.