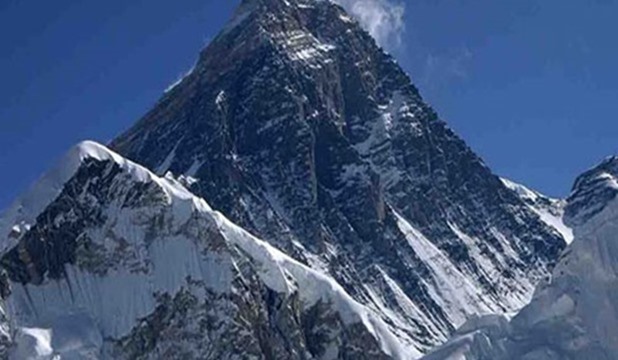 St. Cathrine town is a town of a distinguished type of privacy. It is the highest of the inhabited area in Sinai. It is located at the top of a plateau that rises to 1600m above the sea level, and it is surrounded by a series of the highest mountains not only in Sinai but in Egypt as a whole.

The highest of them are tops of Catherine, Moses and AL- Safsafa mountains. Such a unique height provided the location with a special type of climate.

It is moderate in summer and very cold in winter which gives her a certain beauty when ice covers the mountain tops. The area was announced a nature reserve.

St .Catharine is of great importance and historic dimension. This added to its religious importance when the monastery known by the name of St. Catharine Monastery was built in the 16th century. It still remains as the greatest of the Christian monuments in Egypt and the world.

As it is distinguished in location, climate, history and geography, this reflected on its present as it is now considered a touristic location of special type as well as an archeological area due to its underground water in the wells.

St. Catharine town is located at the heartland of south Sinai at a distance of 300 km from Ahmed Hamdi Tunnel. Its area is about 5130km2 and it is renowned of its varied forms of tourism; religious,safari and mountaineering.

St. Catharine teems with religious relics: the monastery, Moses mountain and prophet Haroun shrine. This is besides, several touristic projects, and it is considered the biggest protectorate area in Egypt.

St. Catherine, whose name is given to the Monastery, was born in Alexandria in 294 A.D. and was tortured and beheaded for her Christian beliefs. One of the monks of the Sinai had a vision about her body being at the top of a nearby mountain, where her remains were discovered. Mount Sinai, in the south, which rises to 2,285 m is where God revealed the Ten Commandments to Moses. A small church was built on the peak in 1934. Mount Catherine is the highest summit in Sinai where on a clear day it is possible to see the whole of the Sinai; a chapel, built by Calls to, exists at the top. 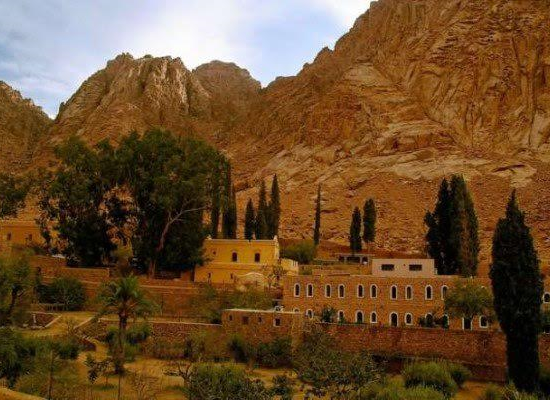 In 1844, a German scholar visiting the library discovered important 4th century version of the Bible that now rests in the British Museum. Similar incidents throughout the years have forced the monastery to allow access only to visitors who have obtained writtenpermission from the Archbishop of Cairo.

The route to the top is on foot, and the best time to go is between October and May. For a comfortable journey you will need sneakers, a bottle of water and some candy. As the journey takes place during the night, when it gets very cold, you will need a jumper or a heavy jacket apart from a flashlight.

The Church of transfiguration

The Chapel of the Burning Bush

The Chapel of the Burning Bush is the sacred part of the monastery. Once it contained the Burning Bush, which is replaced outside of the chapel and fenced behind a stone wall. Every Saturday the monks hold their liturgy in the chapel.

The Library represents one of the richest collections in the world. Out of 6000 manuscripts, 3000 are ancient, some of them older than the monastery itself. Written in Greek, Arabic, Hebrew, Syrian, Armenian Georgian, Coptic, Polish and Slavic, the manuscripts deal with theological, scientific, liturgical and historical issues.

3600 steps skillfully arranged by a monk on penalty - lead to the gate of Stephanos. Here he heard the confessions of the pilgrims and giving them absolution before letting them pass The steep way down leads to points with extraordinary views, always the smell of herbal plants and the chirping birds at company.