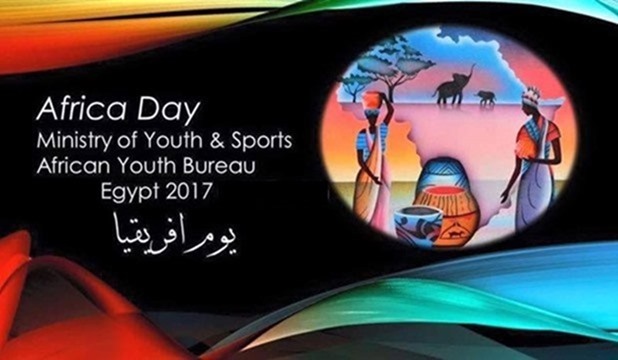 The Ministry of Youth and Sports, on the occasion of the 54th anniversary of the inauguration of the African Union, will hold a celebration entitled "Africa Day" in May 2017 in Sharm El Sheikh. The festival will be attended by Youth from Egypt, Sudan, South Sudan, Chad, Côte d'Ivoire, Nigeria, Comoros, Mali, Burundi, Eritrea, Central Africa, Malawi, Burkina Faso, Tanzania and Mauritania.

The Africa Day Festival in Sharm El Sheikh will continue for five days, during which artistic and sports events, interactive meetings will be held among the participants, sightseeing visits, tours and events will be organized to present African cultures and a folkloric evening entitled African Night will be held. The festival aims at presenting Egypt's African identity, and cementing relations among the people of the black continent on both the public and official levels.

Africa Day is the annual commemoration of the 25 May 1963 foundation of the Organization of African Unity (OAU) (now known as the African Union) which is celebrated in various countries on the African continent, as well as around the world.

The African youth send the world a message of peace from Saint Catherine in South Sinai governorate confirming to the world that Egypt is the place where security is. This comes as a part of the Africa Day Festival, organized by the Ministry of Youth and Sports on the occasion of the 54th anniversary of the inauguration of the Organization of African Unity (currently the African Union). The African youth toured St. Catherine's area and became familiar to its history and the archaeological value of the site.

The African youth participating in the Africa Day Festival visited Ras Mohamed National Park in South Sinai Governorate. They toured the Park and got acquainted with the most famous landmarks in South Sinai.

Port Said Governorate also celebrates a two-day festival with the participation of a number of ambassadors and African communities in Egypt.