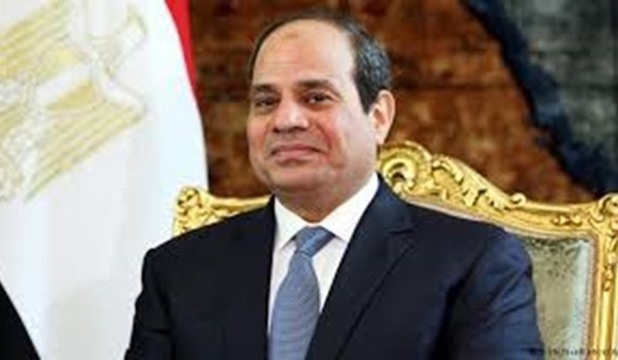 The city of Ismailia hosts the third National Youth Conference under the auspices of President Abdel Fattah El Sisi, the conference coincides with the celebration of the Sinai Liberation Day.

The President aims to open channels of direct communication with the utmost transparency with all citizens, and to bridge the dialogue between all sectors of Egyptian society and political leadership.

Sharm El Sheikh hosts during the period October 25 to 27, 2016, the activities of the First National Youth Conference, held under the slogan «Innovate .. Advance» under the auspices of President Abdel Fattah El Sisi.

This conference came in response to President Sisi's call for convening a national conference for youth, which was launched during the celebration of the Egyptian youth day on January 9, 2016.

President Abdel Fattah El Sisi received an invitation from Saudi King Salman bin Abdulaziz to attend the US-Arab-Islamic Summit in Riyadh with the participation of US President Donald Trump.

Egyptian participation in OIC 13th Summit
The 13th Session of the Organization of the Islamic Countries Summit (OIC) takes place in Istanbul on 10-15 April 2016.

The 13th Session of the Summit Conference is held at the level of the Heads of States on 14-15 April 2016 under the overall theme “Unity and Solidarity for Justice and Peace.

The African Union summit holds January every year at the African Union headquarters in Addis Ababa, Ethiopia. From the 22nd to the 31st of January 2017, the Union held its 28th Ordinary session under the theme ‘harnessing the demographic dividend through investments in the youth’.

President Abdel Fattah El Sisi participated in a high-level segment of the 71st session of the UN General Assembly, which held in New York. This comes as part of Egypt's keenness on reaching a political settlement of economic and international crises.

President Abdel Fattah El Sisi took part in the official opening session of the 27th Ordinary Session of the African Union Assembly of Heads of State and Government, which kicked off in the Rwanda capital Kigali on Sunday 17/7/2016.

Sisi's participation in Sudan's National Dialogue General Conference comes within the framework of special relations between the two countries.

On Sunday 4/9/2016 the G20 inauguration with the participation of President Abdel Fattah El Sisi, as a special guest, and leaders of the world's top 20 economies.

Sisi takes part in the different sessions of the summit and makes a point of highlighting issues of concern to developing countries.