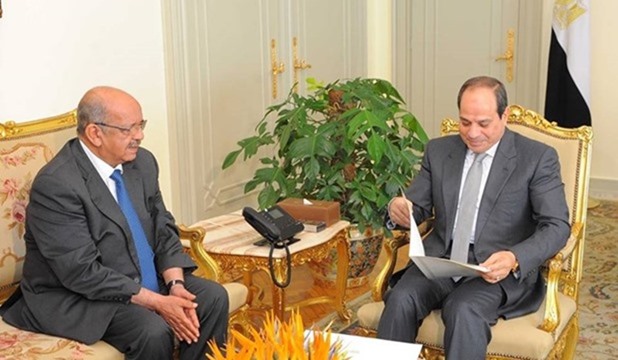 President Sisi stressed that Egypt looks forward to boosting strong relations with Algeria at all levels.

Furthermore, the President called for fostering cooperation and coordination to overcome joint challenges facing the two states, especially the danger of terrorism.

The meeting touched on a number of topics on means of strengthening bilateral cooperation during the coming period.

They discussed ways to cement bilateral coordination within the Africa Union (AU), in addition to backing the efforts to develop the Arab League (AL) to contribute to promoting the joint Arab action and consolidating solidarity among Arab states.

For his part, Messahel conveyed to Sisi the greetings of Algerian President Abdelaziz Bouteflika and expressed his country’s appreciation for the distinguished relations binding the two countries.

The Algerian top diplomat voiced his country’s keenness to continue coordination with Egypt in a number of regional issues of common concern.