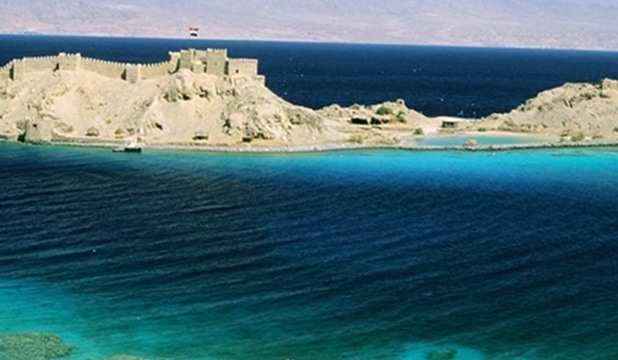 Islamic monuments in North Sinai include:

Built on a hillside south west of Al-Arish, on ruins of Pharaonic fort .The fort has been demolished except two towers and the eastern wall. It has been constructed by the Turkish Sultan, Solimamn el-Qanouny in 1568.

Islamic monuments in South Sinai include:

It occupies a strategic position between Suez and Aqaba along a very important route which for centuries had been the land route for trade, pilgrimage and for military purposes and which connected the two gulfs (Suez and Aqaba). It is built on a steep, 285 m high escarpment, difficult to climb especially on the northern and north-western side (where the danger came from). It rises on a plateau which itself is 645 m above sea level. It was supplied with drinking water from the Ayn Sadr source which was at a distance of 5 km or through run-off waters (there was a small dam to the north) or through the big cisterns dug in the ground. The building material was basically limestone which was easy to work in the area and a kind of mortar, found near the run-off waters.

A 5 to 6 m ditch separates it from the ravine whose shape it takes, that of an irregular rectangle. Extending from north-east to south-west over a length between 100 and 150 m with a maximum width of 120 m, it is surrounded by a 2 m thick wall reinforced at regular intervals with square and round towers. It is opened by a monumental square door crowned with a limestone arch stone whose keystone bears an inscription in the name of Allah.

It was first known as Nuweiba castle which was built in 1893 as a center of police force for maintaining security in this region the old castle has a fence, small wall openings and a big gate. There is water well inside the wall. And it used to be a housing compound for the policemen families.

Saladin's citadel is one of the greatest Islamic monuments in Sinai. It was built in 1171 AD by Saladin, then sultan of Egypt, to stand against the Crusaders and to protect the pilgrimage route from Egypt through Sinai.

The citadel played an important role in protecting the Sinai Peninsula from invasion during the crusading period.

It was capable of a withstanding a long siege if necessary, shown by water tanks built into the rock.

Besides the defensive structures such as a furnace for producing weapons and soldiers' barracks, a bakery, mill and bathroom were also discovered in the citadel.