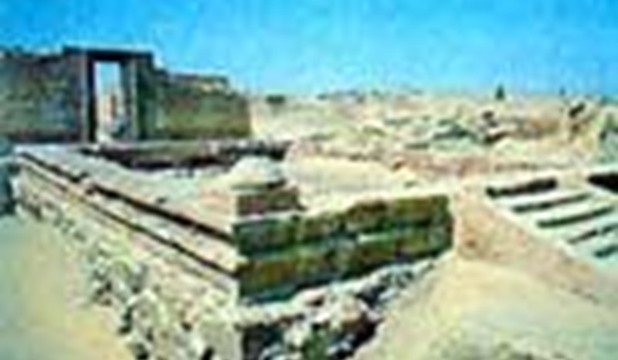 Karanis, or "the Lord's Town", was one of the largest Greco-Roman cities in the Fayoum. It was founded in the third century BC, probably by Ptolemy II Philadelphus, and was originally inhabited by the mercenaries of his army. With a population of some 3,000 people, it continued to prosper for about seven centuries. It began to decline during the troubled times of the fourth and fifth centuries AD. This was a period marked by momentous socioeconomic, political and religious change throughout the Mediterranean region - an era that saw not only the aftermath of the conquests of Alexander the Great but also the rise, dominion and eventual decline of Rome.

Karanis was discovered by farmers who harvested the rich sibakh, decomposed organic debris, left by the ancient inhabitants. In doing so, they found papyri, which were then sold to collectors and museums. Many of the papyrus were well preserved, due to the dry climate. This caused serious archaeologists to more closely examine the area. However, the harvesting of sibakh as fertilizer in the Fayoum had evolved by then into a substantial business.

Qasr Qarun is located 50 kilometers away from the city of Fayoum in the south west of the Qarun Lake that dominates the Northern section of the Fayoum.

Qasr Qarun was built in the location of the ancient town of Dionysias, which was the beginning point of the caravan route to the Bahariya Oasis. This impressive monument was built between 323 and 330 BC during the Ptolemaic period and it flourished in the Roman era.

The temple still sustains the beauty of its wall drawings and inscriptions. It consists of three floors and contains 336 rooms and chambers. The first thing one views when he enters the temple is the throne of the king and a very deep hole that the myth say it contains all the money and jewelry of King Qarun who was drowned with all his treasures because he angered god according to the Quran.

The temple of Qasr Qarun is a matchless monument as there isn't any monument in the Fayoum or in Egypt that is similar to it in its design or history.