The 6th of October victory and determination of construction 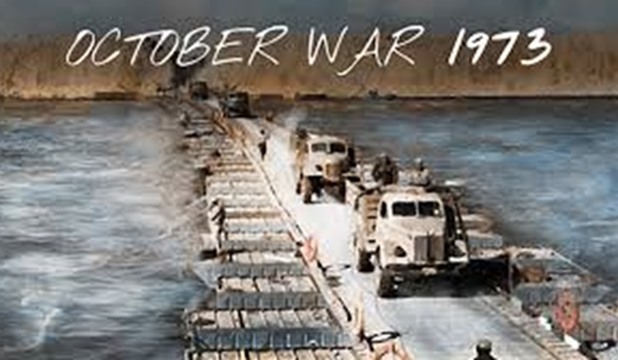 
On the occasion marking the October War 44th anniversary, the war that is being taught in military academies, we remember the sacrifices made by the men who loved their country. This victory has local, regional and international impacts, especially on the super powers.


This war showed to the world the Egyptians ability to take brave decisions, make creative plans and implementing courageous performance, as well as the Egyptian people bravery when standing beside their Armed Forces.


The October war confirmed that the policy of fait accompli cannot be imposed and the peoples of the region cannot be forced to do anything.  It also proved that real security doesn't include geographical expansion at the expense of others, so the world became aware that there must be a solution to the Arab-Israeli conflict, and one of the prominent outcomes of this war is raising the slogan of negotiations instead of using weapons.


The Arab solidarity which was clearly witnessed in the October War is a proof that the Arabs for the first time have been aware of the danger that could harm their national and strategic security, and as a result this solidarity resulted in a great military victory.


On the political and diplomatic levels


The outcome of the political war has a wide-range importance that contributes to understanding the state of Israel in general and the peace process in particular. First, Israel understood that it cannot impose its own concept of peace on its neighbors, as this victory has showed that the solution to the region's issues is through peaceful means regardless of how violent the conflict had started. This was evident when the United Nations Security Council called for immediate negotiations between the fighting parties.


The Arab solidarity was the most important political outcome of the October war, which can be followed in the future. The political negotiations that had been encouraged and sought by the United Nations and various Arab and international parties were a milestone that forced the conflicting parties to seek real permanent peace in the region and discard wars.


The October 1973 War is a decisive turning point in the history of the international relations and is a great historic lesson over the past century. The fuel battle, using fuel as a strategic weapon, proved that the international system is a reflection of the real power imbalances. The rise of the fuel prices in 1973-1974 is deemed as a collective triumph.


This victory restored the Egyptian-US relations that had been severed since June 1967 war. These relations have developed and Egypt has become the first partner to the USA in the Middle East and has a pivotal role in solving the region's issues, especially the Palestinian issue .