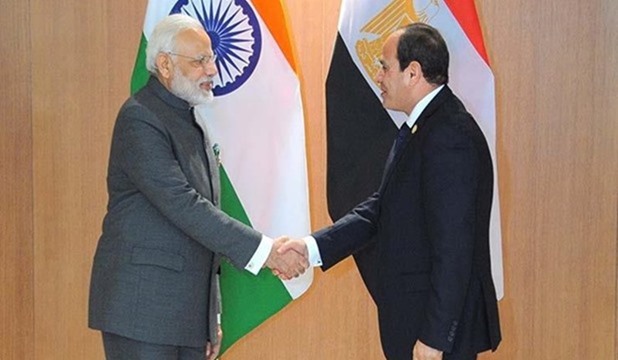 Sisi said he is looking forward to a visit by the Indian premier to Egypt, highlighting the importance of gearing up for meetings of the joint committee to foster bilateral cooperation in various domains.

The President made the remarks during a meeting with Indian Minister of External Affairs M J Akbar, in the presence of Minister of Foreign Affairs Sameh Shoukry and the Indian ambassador in Cairo.

Spokesman for the Presidency Alaa Youssef said that the Indian minister handed Sisi a message from Indian Prime Minister Narendra Modi, in which he praised the strength of the excellent relations between both countries.

Furthermore, Youssef explained that the meeting shed light on ways of boosting the bilateral relations between both sides, as well as discussing a number of regional and international issues of common interest.

Both sides agreed on continuing mutual visits by senior officials of both countries, in addition to enhancing coordination between the two states.