Influx of Investments to Egypt by Major International Companies 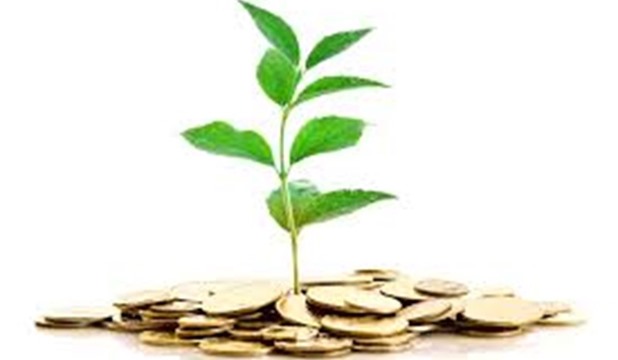 The Egyptian economic environment enjoys several investment-attracting potential and privileges, on top of which comes a huge consumption market with a population of 100 million, a unique and strategic geographical location, new legislations that aim at providing the most suitable investment environment. At the forefront of these legislations come the new Investment Law and its executive regulations as well as the Law of Facilitating the Procedures of Licensing the Industrial Establishments; these legislations allow shrinking industrial licensing time from 600 days to less than 7, providing a huge package of exemptions for the investor and enabling him to fully and safely transfer his revenues abroad in foreign currency.

Concomitantly, these legislations are backed by embarking upon an economic reform program that came together with freely floating the national currency with the aim of revitalizing investment and promoting business environment. Many indicators stand as clear evidences that the Egyptian economy regained its momentum; foreign reserves jumped to $36.535 billion by the end of September 2017, the growth rate increased to 4.9%, total budget deficit dropped during the first half of the fiscal year 2017 to 5.4% of the GDP against 6.4% during the same period last year, in addition to the availability of highly efficient and relatively cheap labour and the absence of negative impact of reducing fuel subsidy especially that the energy cost in Egypt still remains the least in comparison to the energy cost in neigbouring countries.

Rushing Back to Invest in Egypt…. Selected Examples:

In view of all the above-mentioned factors, the influx of investments in Egypt either by businessmen or companies has become unmistakable and the expansion of the existing projects has become a tangible reality, as follows:

-  On August 9, 2017 it was the announcement of establishing a joint development company between the General Authority for the Suez Canal Economic Zone in Egypt and Dubai Ports with the aim of carrying out a number of projects in the Suez Canal Zone.

- Signing of the cooperation protocol between the General Authority for Reconstruction Projects and Agricultural Development (GARPAD) and the Korean-Arab Association for Cultural and Economic Exchange with the aim of establishing an integrated agricultural city project worth $10 billion on an area of 300,000 feddans in the southeast region of the Qattara Depression, including agricultural projects and other relevant ones.

- On August 22, 2017, an Egyptian delegation paid a visit to both Vietnam and Singapore to promote for investment in the Suez Canal Economic Zone.

- The Kingdom Holding Company announced, in cooperation with a major national company, the injection of new investments of $800 million in hotel, real estate and tourist projects. In addition, the Kingdom Holding Company plans to pump more investments in the fund of Egypt’s ventures to invest in emerging companies; the fund that the Ministry of Investment and International Cooperation aims to launch soon.

-KBW Investments firm seeks to set up a factory for manufacturing LED bulbs in Egypt.

- 40 international companies are racing against time to complete the biggest solar power complex.  In addition, work is underway to deliver natural gas to Aswan for operating KIMA factory as well as for household uses and commercial activities, and establish a rooftop solar power plant for the first time in the same building of Aswan Governorate with a capacity of 100 KW.

-Alexandria Port Authority intends to sign a contract with China Harbour Engineering Company to establish a multi-purpose platform at the port by the end of 2017 with a total cost of $100 million.

- On August 6, 2017, a contract was signed with a Saudi investor to set up an EGP 2-billion-fish farm in Marsa Matrouh’s Al Nageela, as a part of the mega project of developing western Egypt. In the same vein, other Saudi companies showed interest in implementing different projects over an area of 50 km, namely two harbours as well as a residential and recreational area.

Recently, an increasing number of international companies are engaged in exploration activities either for mineral wealth in general or for oil and gas in particular. The best example in this vein is the experience of the Italian Eni energy company that discovered the Zohr gas field on August 30, 2015, a discovery that is rendered the largest of its kind in the whole world with a total investments of $ 3.3 billion (July 2017). In addition, al Noras gas field was discovered northeast of the Delta.

In this respect, it is noteworthy that more than 100 international companies operate in the field of oil and gas in Egypt. In addition, 76 agreements were signed with foreign partners from 2013 until July 2017 concomitant with a tangible leap in foreign oil companies’ investments in Egypt that recorded $8.1 billion during the fiscal year 2016/2017 up from $6.6 billion last year (as quoted by Minister of Petroleum and Mineral Resources Tarek El-Molla) amid high expectations that investments would reach $10 billion during the fiscal year 2017/2018.

It has become quite noticeable that international companies and businessmen are increasingly attracted to invest in mega national projects, especially in the new administrative capital that is teeming with miscellaneous investment opportunities, on top of which comes the establishment of branches of international universities, namely the Canadian, Hungarian, Misr International, British, American, Swedish and European Universities. The first step on the road came on October 26, 2017 with laying the foundation stone of the International Capital University that will be established on an area of 300.000 m. The new University is expected to house 14 faculties that cover all specialties, with the most advanced curriculum in cooperation with the Ukrainian University subsequent to previous cooperation in the field of nuclear energy engineering and information technology.

No doubt that the soft loans given by the international institutions and funds like the International Monetary Fund (IMF), World Bank (WB), the European Bank and others, is considered a testimony of trust in the Egyptian economy. Moreover, providing financial support to some projects and the most needy Egyptian governorates shall enhance the strength of the national economy and is considered a motive to the businessmen and mega companies to enter in the Egyptian market, where a lot of various and new investment opportunities are available.