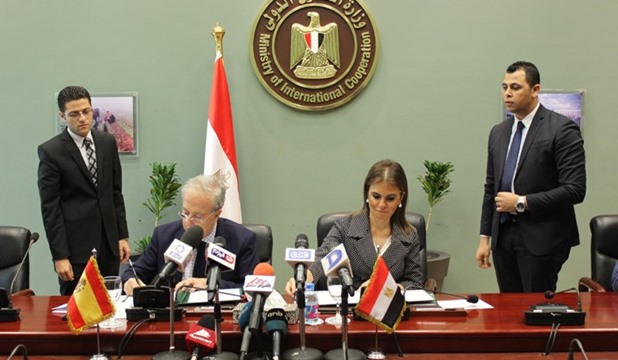 The two sides signed an Accord on Investment Guarantee which entered into force on 29/04/1994, and that on Prevention of Double Taxation, which came into force on 28/05/2006. The two sides signed the new financial protocol valued 370 Million Euros on 05/02/2008 for the next two years and out of which 120 Million Euros were not exhausted and was added to the current protocol. The Spanish side provides highly facilitated loans to finance infrastructure projects such as equipping renewable energy generating projects, modernizing the railways network, and health projects. The Spanish side responded to the Egyptian request to put the protocol loans under more flexible terms and facilities and to include the protocol an item that allows extending loans to small and medium-sized enterprises in accordance with facilitated terms.

Tourism investments ranked 4th with an estimated value of $11 million and 26 companies, investments in the financing sector amounted of $6 million and one company and finally the agricultural investment and ICT investments.

Trade between the two countries is organized by the Egyptian-European partnership agreement, signed in June 2001 and entered into force in 2004, according to which a tariff reduction system was established on several sections regarding category and type of the product.

On 15/8/2016, Agriculture Minister Essam Fayed inspected greenhouses affiliated to Tecnova Research Center where experiments to fight insects and pests are being conducted. The minister inspected one of the greenhouse wastewater treatment plants where sewage water is reused to rationalize water used in irrigation. The mechanism could be applied in Egypt especially in line with the country's plan to rationalize water consumption, Fayed said. He also visited a number of international companies manufacturing greenhouses' components to mull the feasibility of applying such projects in the North African country.

On 1/5/2015, an institutional agreement has been signed between Egypt and Spain to support the capabilities of the Egyptian government, said Minister of Finance Hani Qadri. In press statements on Friday, Qadri said the agreement is meant to share the experiences of the European institutions with their counterparts in the Egyptian government. The agreement included a project to support the institutional capabilities of the Finance Ministry along with developing and organizing the accounting and auditing systems, he said. Qadri noted that the project aims at reforming the legal framework of the accounting and financial auditing systems.

On 28/4/2013, within the framework of implementing the Suez Canal Corridor Development project Egypt’s prime minister attended the signing ceremony of an agreement between Egypt and Spain to build three tunnels in Suez Canal area. The deal signed by Egypt's National Authority for Tunnels and a Spanish company.