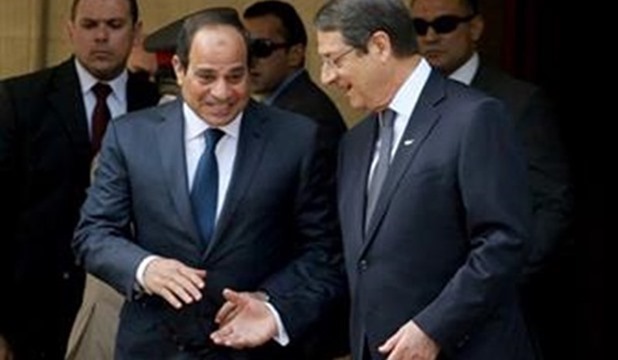 The volume of trade exchange between Egypt and the eastern Mediterranean country during January-July 2017 has increased by 42.4 percent to reach Euro 41.3 million, compared with Euro 29 million during the same period in 2016.

With an 88-percent increase, Egypt's exports to Cyprus between January-July 2017 did not include petroleum products. Egypt's commodity exports to Cyprus stood at Euro 22.5 million during the first seven months of 2017, compared with Euro 20.5 million in 2016.

Egypt's exports of vegetables and fruits have doubled due to the efforts of the ECS to promote Egyptian products in cooperation with Egyptian exporting countries.

Egypt's exports of iron coils, steel and cables went up in light of the recovery of Cyprus construction sector.

As for Egypt's imports from Cyprus, the report showed that they witnessed an increase of 57.4 percent between January-July 2017 to hit Euro 18.8 million, compared to eight million Euros during the same period of 2016.

Total Greek investments in Egypt, till 31/8/2016, valued $1.07 billion in 163 companies, with total contributions of Cyprus in the capital of these companies $283.3 million mostly in tourism.

Egypt and Cyprus have a number of bilateral agreements in the field of gas exploration in the eastern Mediterranean. In 2003, the two countries signed an agreement on demarcation of the maritime border, in addition to the framework agreement signed in 2006 to develop hydrocarbon resources across the Mediterranean.

In October 2012, a cooperation agreement was signed between the Egyptian and Cypriot governments in the field of oil and gas exploration, especially in the deep waters adjacent to the Egyptian-Cypriot border. There is also joint cooperation to train Egyptian engineers on oil and natural gas extraction technologies and training Cypriot technical personnel in specialized Egyptian training centers.

The Declaration also stressed that the large-scale discoveries of natural gas in the Eastern Mediterranean region must help to stimulate regional cooperation.