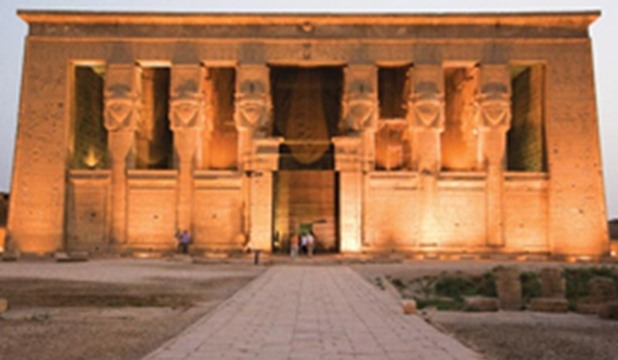 Aswan is full of temples and archeological places which date back to the Roman-Greek era. 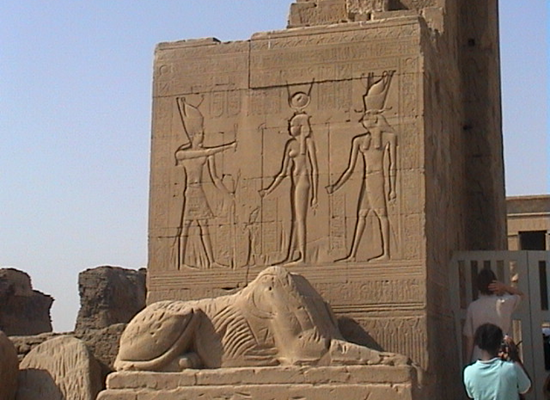 This Graeco-Roman temple lies about 60 kms north of Luxor. The temple was first initiated by Ptolemy III with numerous additions by subsequent Roman Ptolemic rulers. This was a time of foreign rulers, but who adopted Egyptian culture and religion. Yet, there were changes with this and contemporary temples, compared to temples built more than a 1000 years earlier. It houses a famous painting of Queen Cleopatra, and Caesaron, her son from Julius Caesar. The temple is renowned for its horoscope inscriptions.

An inscription in Dendera temple shows that the oldest cult building on this site was constructed during the lifetime of Khufu in the Old Kingdom. This temple, in its present form, was built during the Ptolemaic and Roman periods, with relief work on the rear external wall depicting Cleopatra VII and her son Caesarion.

The temple of Hathor at Dendera was built between 125 BCE and 65 CE belonging to the Greaco-Roman period. It is therefore more a continuation of the original Egyptian culture, than a part of it. Dendera had since long been a cult centre, also then with the goddess of joy, Hathor, as the central deity. The Birth House of Nectanebo is 200 years older than the temple. 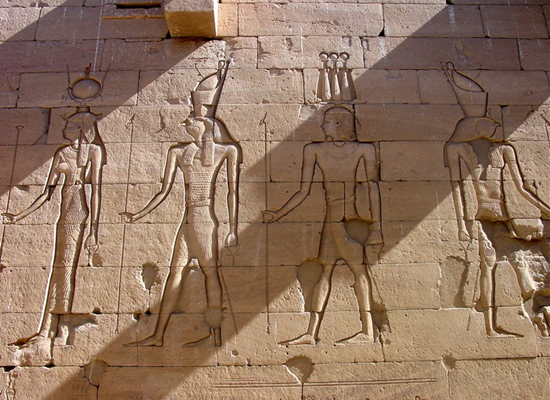 Kalabsha Temple was moved to its present location in 1970, together with other monuments from Nubia.

Dating back to the Roman Emperor Octavius Augustus (30 BC-14 AD), the temple was moved from its original site 55 kms south of Aswan, on the west bank, and rebuilt near the High Dam. It is one of the largest sandstone temples in Nubia. Its walls are covered with texts and inscriptions depicting Egyptian deities such as Isis, Osiris and others. 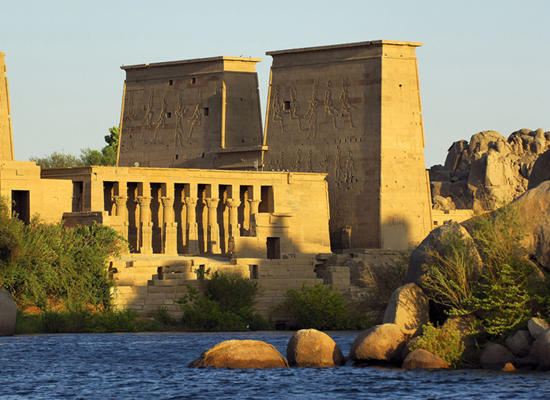 South of the city of Aswan lies the beautiful temple complex of Philae (pronounced "feel-i"). Its main temple was dedicated to the goddess Isis and its construction was undertaken during the third century B.C. Philae was the last bastion of ancient Egyptian religion and hieroglyphic usage. It is also a superb example of threatened cultural heritage being saved in the face of modern civilization’s march to change the environment.

The island of Philae and its temples came under threat at the turn of the century when the British erected the Aswan Dam at the First Cataract. Philae began to spend some of its time beneath the backed-up flood waters of the Nile. The Dam was progressively raised in the following decades, but the final nail in the coffin for the island of Philae came with the construction of the Aswan High Dam in the 1960s. The temples were destined to disappear forever beneath the river’s waters.


Fortunately, Philae was saved from drowning. In 1977, a coffer dam was constructed around the temples and the water was pumped out. Then the temples were carefully dismantled with every block assigned a number and its position noted. A nearby higher island called Agilkai was modified to resemble Philae and the temples were resembled. In 1980, Philae was once again opened to the public.