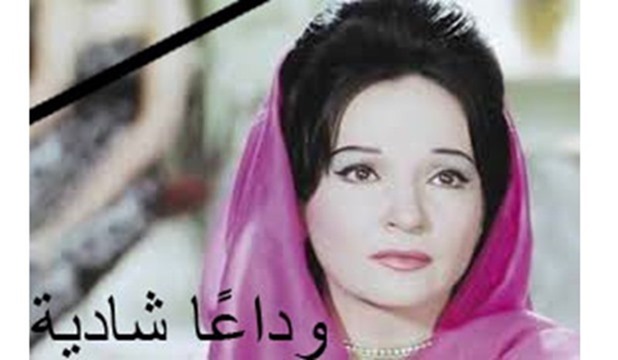 Fatma Ahmed Kamal Shaker, better known by her stage name Shadia, was an Egyptian singer and actress. She was famous for her roles in light comedies and drama in the 1950s and 1960s. Her first appearance was in the film el-Aql Fi Agaza (The Mind on Vacation), and she retired after her last film La Tas'alni Man Ana (Don't Ask Me Who I Am). She's best known for her Iconic patriotic song Ya Habebti Ya Masr (Oh Egypt My Love).

She also appeared with Faten Hamama in "An Appointment with Life" (1954), and in "The Unknown Woman" (1959) she played the role of Fatma in a heavy melodrama.

Other notable films she starred in include "The Thief and the Dogs" (1962) and in her comedy roles in films "Wife Number 13" (1962) and "My Wife the General Manager" (1966).Indeed, Shadia was often cast in cunning and cheeky roles, however, she also played serious roles, such as in "The Road" (1964), and in the stage version of "Raya and Sakina", which was based on the true story of two Alexandrian serial killers and directed by Hussein Kama (1953).

Shadia is considered one of the most popular and most talented singers and actresses in the Arabic movie and entertainment industry.

Her songs and movies are still sought after, and her songs are popular among all generations.