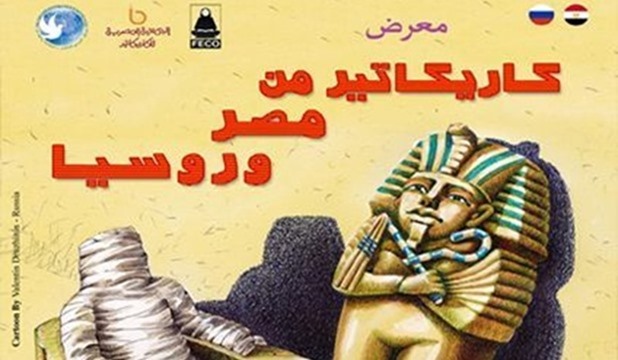 Egyptian-Russian relations have been strong and deep-rooted from the 19th century onwards. The 1830s one of the pioneers of Arab and Islamic literature/culture Mohammad al-Tantawi travelled to Russia, where he stayed for the rest of his and was captivated by Russian literature. In the same period, Egypt's then ruler Mohammad Ali, The Great chose four engineers to travel to Siberia to study mining.

There are several institutions which help foster cultural ties between the two countries. The Egyptian Cultural Bureau (ECB) in Russia is one such. Examples of the events organized ECB are:

• The unveiling in Saint Petersburg of a bronze statue of Sheikh Mohammad al-Tantawi carved by Dr. Osama al-Serwi – 20 December, 2013

• The unveiling of a statue in Tver (a city located 300 km noorth of Moscow) of the Doyen of Arab Literature Dr. Taha Hussein – 18 October, 2013

• Events of the Egyptian Cultural Festival, marking the 70th Anniversary of diplomatic relations between Egypt and Russia Egyptian feature and documentary films were shown; three books discussed; and an art exhibition (photographs and carved pieces) held – 11 to 14 October 2013

There is a great cooperation between Awqaf Ministry and a number of important religious institutions in Russia, including Russia Muftis Council and the Central Administration of Russian Muslims, where there are a number of ministry envoys to teach in the religious institutes in Russia. The Ministry of Awqaf also sends one or more envoys to Russia to commemorate the holy month of Ramadan. The Egyptian and Russian sides are also keen to participate in the Quran competitions organized by both parties.

During the period from 28 October to 4 November, 2014, Pope Tawadros II visited the Russian Church. The visit was very successful in light of its role in promoting the relations between the Coptic and Eastern Orthodox Churches and received also great welcome at both Russian official and popular levels.

During the visit, the Russian Foreign Minister stressed the historical relations between the two churches and expressed his appreciation for the role of the Pope and the Church in preserving Egypt and the Middle East. The Egyptian and Russian visions agreed on the necessity of preserving the Christians of the East.

On February 4, 2015, the Russian government announced the opening of a new office of the "Sputnik" Russian-language news agency, based in Cairo, in conjunction with Russian President Vladimir Putin's visit to Egypt on February 9, 2015.