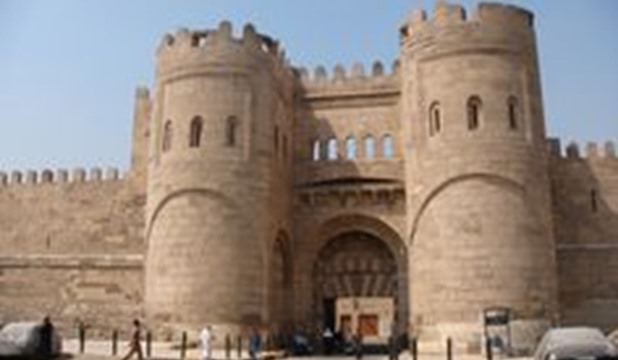 Cairo was called the citadel or tabia or forte, i.e. stronghold. It looked like a square; 1200m2 in length and 1100m2 in width. It was surrounded with El Bahr El Azeim (the great sea) from the east, the gulf from the west, from the north gardens extended to Mataria and the mount Gabal El Guishi from the south.


When the Fatimid reign (969-1171) settled in Cairo under the leadership of El Moez Li-Dinellah it was called "Cairo of El Moez" because they decorated its four suburbs with luxurious buildings, delightful spots and gardens. This increased its delightfulness and beauty. It was the settlement of rulers and princes.


El Fostat city was big and important due to plenty of buildings, many people and much of livelihood means that is why Gawhar El Sakaly was so keen on it. He established the fortified gates (bab) and installed them around it in the four-sided wall. He built El Kantara at Bab El Shairia Street. He also built a wall to quickly surround the Palace. But this was destroyed completely.

Prior to about 1087, Cairo was not really much of a fortified city with its sun dried brick walls, though this weakness had demonstrated itself on occasions. That year, Badr ad-Din el-Gamali, the visor of El-Mustansir, employed three Syrian brothers from Edessa to build the three main gateways of the Fatimid wall made of stone which was to provide fortification. These massive gates are called the Bab (gate) el-Futuh, Bab an-Nasr and Bab Zuwaila.

Bab Zuwayla, sometimes called al-Mitwalli after El Kutb al-Mitwalli by some local inhabitants, defines the southern limits of the Fatimid City, though the city quickly moved beyond this gate. It is named after the al-Zawila, a Berber tribe whose Fatimid soldiers were quartered nearby. It is very similar in design to the other gates, but perhaps has a somewhat richer tradition. Here, the annual pilgrimage departed for Mecca, but here also, many an amir was hanged and Sultan Salim hung the last of the Mamluk sultans, Tumanbey from its entryway. Yet originally, musicians played every night from atop the gate. 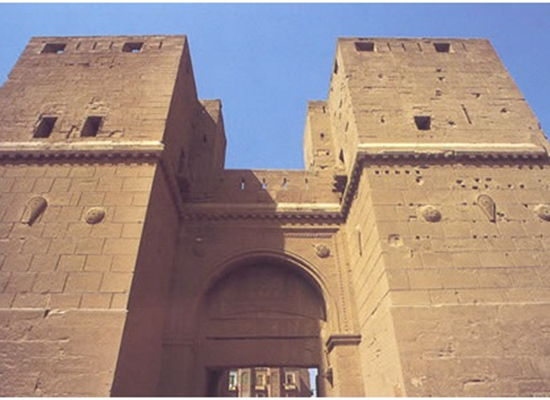 El-Nasr or the Victory Gate is located near the Khan al-Khalili market and to the east of Bab el-Futuh, and connected with it via either an interior route throughout the Fatimid wall, or atop the wall.

It was established by Gawhar El Sakaly, and renewed by Badr El Gamali in 1085. This gate is considered one of the remaining Islamic monuments. Its front consists of two squares with sculptures of swords and shields.

the middle of a very huge door there is the name of the builder and date of building above. The stairs reach to the highest door, a building of stone with knots which is considered the first of its kind in Islamic architecture. 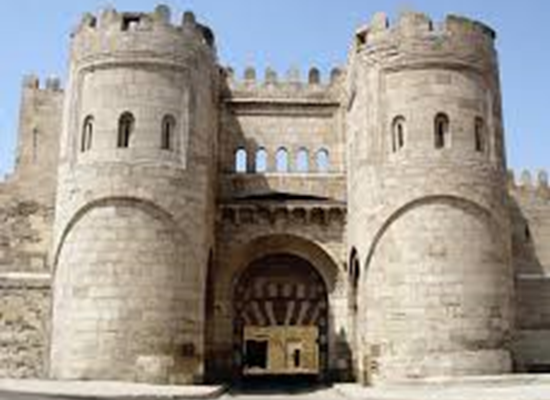 It was established by Gawhar El Sakaly, and renewed by Badr El Gamali in 1087. It consisted of two rounded towers. The entrance was in the middle, and at both sides of the towers there were two windows; around their openings ornaments consisting of small columns.

It is the only relic of Fatimide monument of El-Hussein tomb which keeps his head in a silver box. It was established of a block of engraved stone of 5.85m high and 6.65m wide. It is parallel to the El Hussein Mosque from the northern west. The entrance of the green gate reaches 2m wide and 2.50m high. 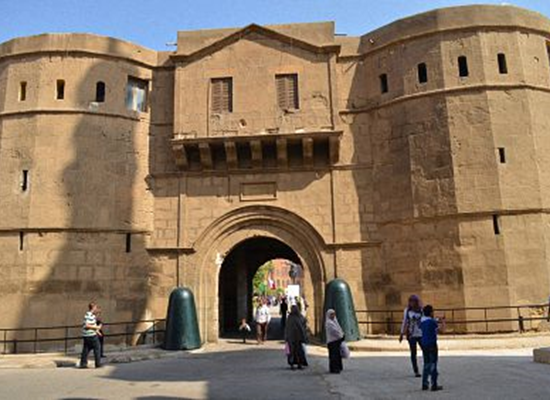 This name was called on two of the forts’ gates in the Islamic era. It consists of two gates; One dated back to the Fatimide era in 1170. It was established by Salah El-Din El-Ayouby at a distance of 150 m south of El-Zafr Tower. The gate has a unique architecture form qualifying it to be a great fortress because of many inclinations at its entrance.

The other gate dates back to Mohamed Ali era. It consists of two towers; large and small one. 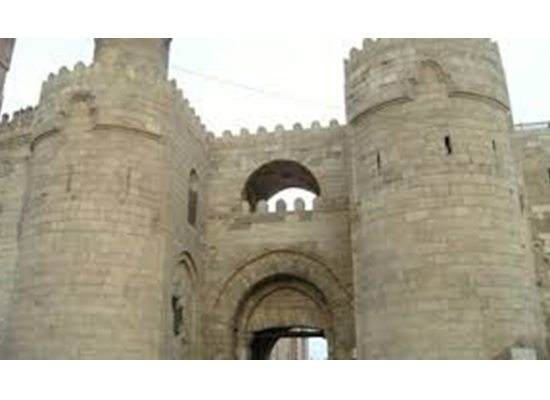 This gate was made specially for the entrance of princes and dignitaries as ministers and clerks. Nowadays it is known as El-Wastani Gate "The Middle Gate".

It is situated in the middle gate that separates the general marine gate of the citadel from the court in which Al-Nasser Mohamed Ibn Qalawoun Mosque and Mohamed Ali existed. 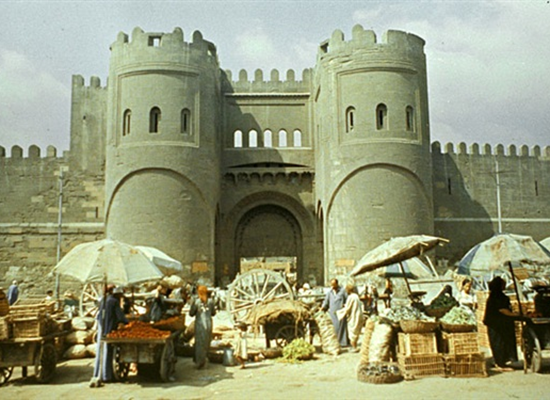 It is one of the Old Cairo gates in the western wall which is parallel to the Egyptian Gulf. It was established by Gawhar El-Sekly in 359 at the time of building the first wall. It is related to Sa’ada Ibn Hayan. 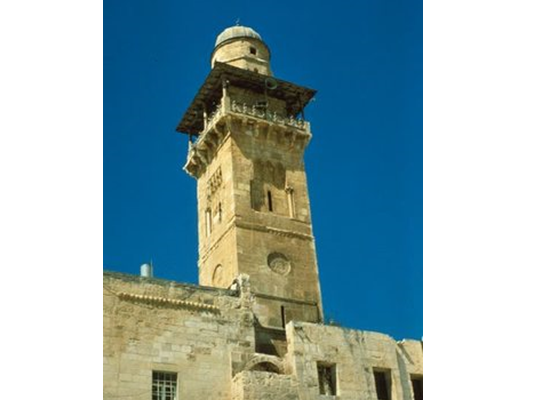 It is named nowadays by "Arab Gate" which overlooks El-Gabl Citadel. It has two minarets and known before as El-Establ Gate. 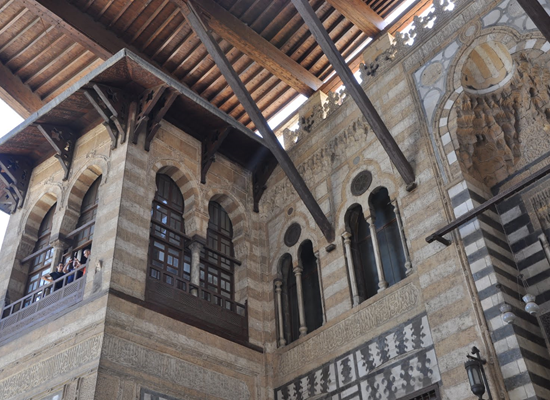 This gate was located in the middle of Khan El Khalili market place. It is still there with the same engravings and writings. It was established upon the command of Prince Konswa El Ghory. It is a giant gate, very high and ornamented with decorations. 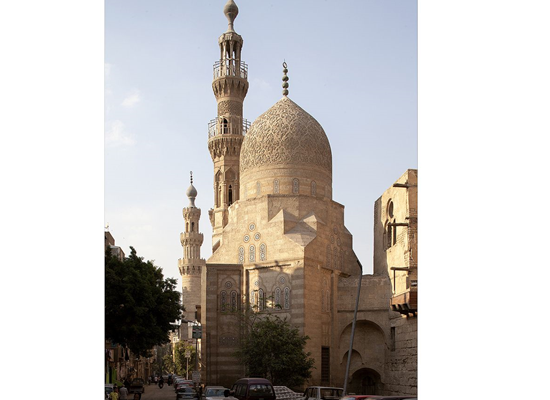 It is one of Cairo outside gates in the last wall that was established by Saladin at the distance located between El Maherouk Gate and El-Jabel Citadel. It was opened by Minister Negm El-Din Mohamed, known as the Minister of Baghdad at that time.

He was Minister to King El Mansour Mohamed Ben Kalwori in 1341, that is why it is called Bab El-Wazir. There is also Bab El-Wazir Street and Bab El-Wazir Cemetery. It still exists till now. 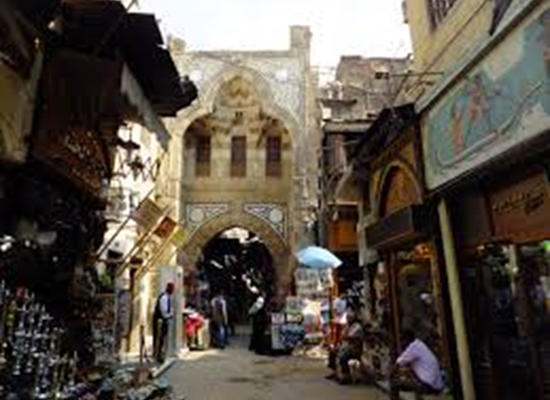 In 1511, Prince Seif El-Din Gerkes El-Khalili, in the age of King El Zaher Barqouk in the 14th Century, wanted to build a distinct gate. He chose the remaining of El Zaafran Cemetery. Sultan El Ghoury ordered destroying the distinct gate and rebuilt it.

It is known today as Wekalet El Cotton. Despite the changes that took place in El Khan, its entrance still remains with its decorations and writings. El Ghoury established two large gates teemed with ornaments. El Ghoury’s name and titles are still there.

Khan El Khalili is one of the main destinations for tourists coming from all the world to visit Egypt frequently. It is a gathering spot for the original national crafts and arts of Cairo. 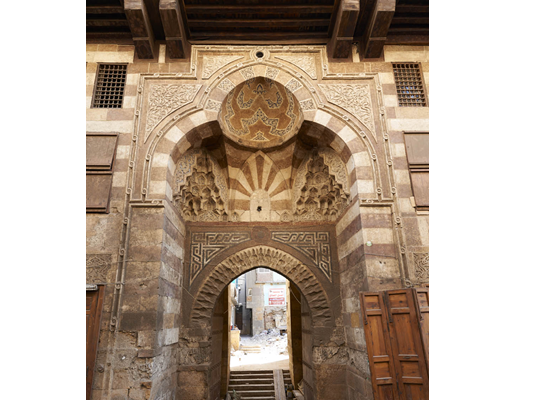 It was established in 1494, situated at the end of El Sayeda Aisha Street on the western side. It is called Qaitbay Gate after King Ashraf Qayet Bei who renovated the present gate and also named El Sayeda Aisha Gate.