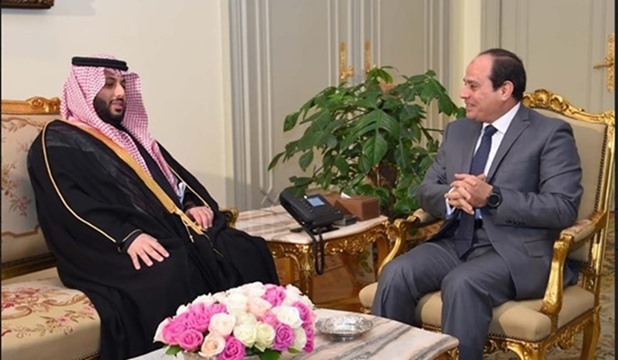 President Abdel Fattah El Sisi stressed the importance of continuing intensified coordination and consultation between Egypt and Saudi Arabia over various issues within the framework of partnership and cooperation between them.

The Saudi official conveyed the greetings of the Saudi King Salman bin Abdul Aziz to Sisi, expressing the keenness of the kingdom to promote partnership with Egypt in the various domains, said presidential spokesman Bassam Rady in press statements on Saturday 30/12/2017.

He further offered condolences of his country over the victims of the terrorist attack on Mar Mina Church in Helwan, voicing Saudi Arabia's support for Egypt in fighting terrorism that threatens the whole world.

Sisi expressed appreciation with the strong ties binding the two countries and peoples, the spokesman reiterated.

The president affirmed that the terrorist attack shows the importance of rallying regional efforts to combat terrorism and dry up the sources of its funding, Rady said.

The meeting took up also means of enhancing bilateral cooperation in the sport field, especially via establishing joint investment sport projects and exchanging visits by sport delegations between the two countries.