The mechanisms of the Egyptian State's Care for human rights 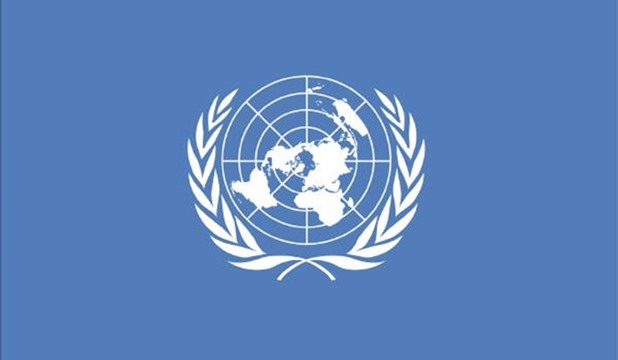 In 1945, the United Nations' Charter laid down the bases and principles of protecting human rights  securing that the individual is  enjoying basic freedom and  a number of rights, after its drafters correlated the relation between international peace and security on one hand, and respect for human rights and fundamental freedoms for all persons without discrimination on the other.

The United Nations did not settle for incorporating into its Charter

several provisions on human rights, but it set out to supplement these provisions by adopting many international instruments and agreements covering various aspects of human rights and fundamental freedoms.

In this context, Egypt has established the following mechanisms:

At the internal Egyptian level, upon the enactment of the Constitution of 1923, the Egyptian political system then in power contained provisions granting rights and human freedoms to citizens. This political system  found ideological and cultural bases in its ancient Egyptian heritage and in the Islamic culture which regards the human person as a revered creature enjoying, by virtue of his humanity, a number of rights and freedoms that proscribe any political authority from violation or infringement thereof.

This reverence has been reflected in the subsequent Egyptian

The most important changes are:

the forces of supply and demand and by private sector enterprises,

- the transfer from a one-party political regime to a multi-party one;

- the increased awareness of the importance of public participation

in political and economic decision-making to realize economic growth and development.

The object of this Law is to promote, ensure respect, set values for, raise awareness and ensure observance of human rights.

A) Egypt has adopted the following international Conventions:

1.     Slavery, Servitude, Forced Labour and Similar Institutions and Practices Convention, signed at Geneva on 25 September 1926, and the Protocol amending the said Convention .

2.     Convention on the Prevention and Punishment of the Crime of Genocide, opened for signature on 9 December 1948.

4.     Supplementary Convention on the Abolition of Slavery, the Slave Trade, and Institutions and Practices Similar to Slavery, Geneva,1956.

5.     Convention No. 105 of the International Labour Organization concerning Abolition of Forced Labour, Geneva, 1957.

6.     Convention for the Suppression of the Traffic in Persons and of the Exploitation of the Prostitution of Others, 1950.

7.     International Convention on the Elimination of All Forms of Racial Discrimination, 1965.

8.     International Convention on Suppression & Punishment of the Crime of Apartheid 30 Nov. 1973.

B) Egypt's role in  the establishment of the Regional Legitimacy of

The Egyptian legal system provides national means of remedy for victims and injured parties in respect of any violations relating to the rights and freedoms protected by the Constitution and law. This is irrespective of whether they are committed by public authority officials or others.

The Constitution has defined the rules for litigation, and judiciary authorities and bodies.

The Egyptian Penal Code stipulates the penal provisions for acts incriminated under international human rights conventions and defines the punishment that may be inflicted on perpetrators proven to have committed them.

The Public Prosecution is the principal branch of the judiciary charged with investigations and prosecution in criminal actions. Its members enjoy legal immunity that grants it independence to issue judicial decisions when discharging the functions entrusted to it by law.

** The Court of Cassation:

The pivotal role played by the Court of Cassation and the High Administrative Court to establish and reaffirm the main principles of human rights and fundamental freedoms is not to be ignored. This, in turn, has had a bearing on ordinary court rulings and on the State NCHR courts in their respective competence, and has led to the application of legal provisions to affirm the protection of rights and freedoms and to define the applied rules furthering their enforceability, and nullifying the legal effects resulting from their breach, punishing the perpetrator, and compensating the injured party.

Without doubt, the continuous support and assistance for national means for remedy to enable them to deal with the increasing burdens faced and to maintain their independence and impartiality is a national quest that the government must exert its efforts to realize to safeguard the security and stability of the society and to create the appropriate social environment to embrace the culture of human rights

this century witnessed State efforts to promote and disseminate respect for human rights and effectively enforce the international obligations arising from adoption by Egypt of the relevant international conventions. Several national governmental mechanisms were established, as follows:

1- National NCHR for Childhood and Motherhood:

Without doubt, these national governmental, mechanisms play an

important role to ensure respect for human rights by governmental

organs; performance by the Egyptian government of its legal obligations under the applicable international conventions to which Egypt is a party, and the obligations under the applicable Egyptian laws and regulations; and, in general, to further, promote and respect fundamental human rights, increase awareness of human rights and widely disseminate its culture.

The Egyptian legislator promulgated Law no. 94 of 2003 on the

establishment of the National Council for Human Rights (NCHR) amid a shift in world-wide public opinion towards more protection of rights and freedoms and amid greater emphasis on political, constitutional and economic reform in Egypt and radical changes thereto.

Accordingly, the first NCHR was established in Egypt, and its first

Law, the NCHR shall prepare an annual report covering its efforts and activities and shall incorporate therein recommendations deemed appropriate within its functions, and shall present its report to the President of the Republic, the head of the People's Assembly.

Pursuant to its promulgating law, the NCHR undertakes to achieve

1- Further the protection and set the values of human rights.

to human rights at the national and international levels and monitor

the enforcement and application of international agreements .[1]